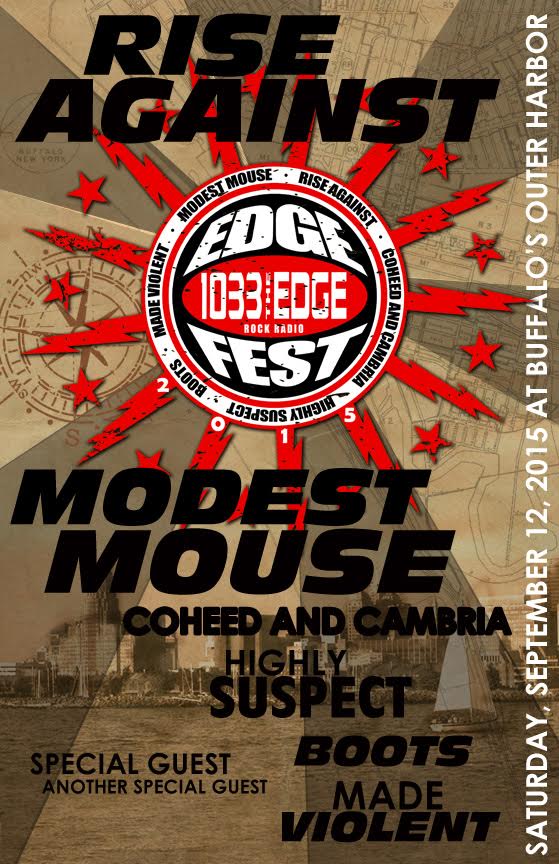 One thing that has been happening more and more is that we are getting concert announcements for bands that are totally out of left field. We usually know ahead of time the majority of bands that are going to come through before they are publicly announced based on our network of Buffalo music industry insiders, but not today’s announcement.

After a fairly quiet summer at the outer harbor, it was announced at 5pm on the dot that on Saturday, September 12th, 103.3 the Edge would be hosting an evening co-headlined by Modest Mouse and Rise Against, with support by Coheed and Cambria, Highly Suspect, Boots, Made Violent and MORE. Isaac Brock must have had some great wings when he came last spring.

Tickets go on sale this Friday, July 10th, at noon via TicketMaster for $31.03 (only as an early bird special). Yeehaw.