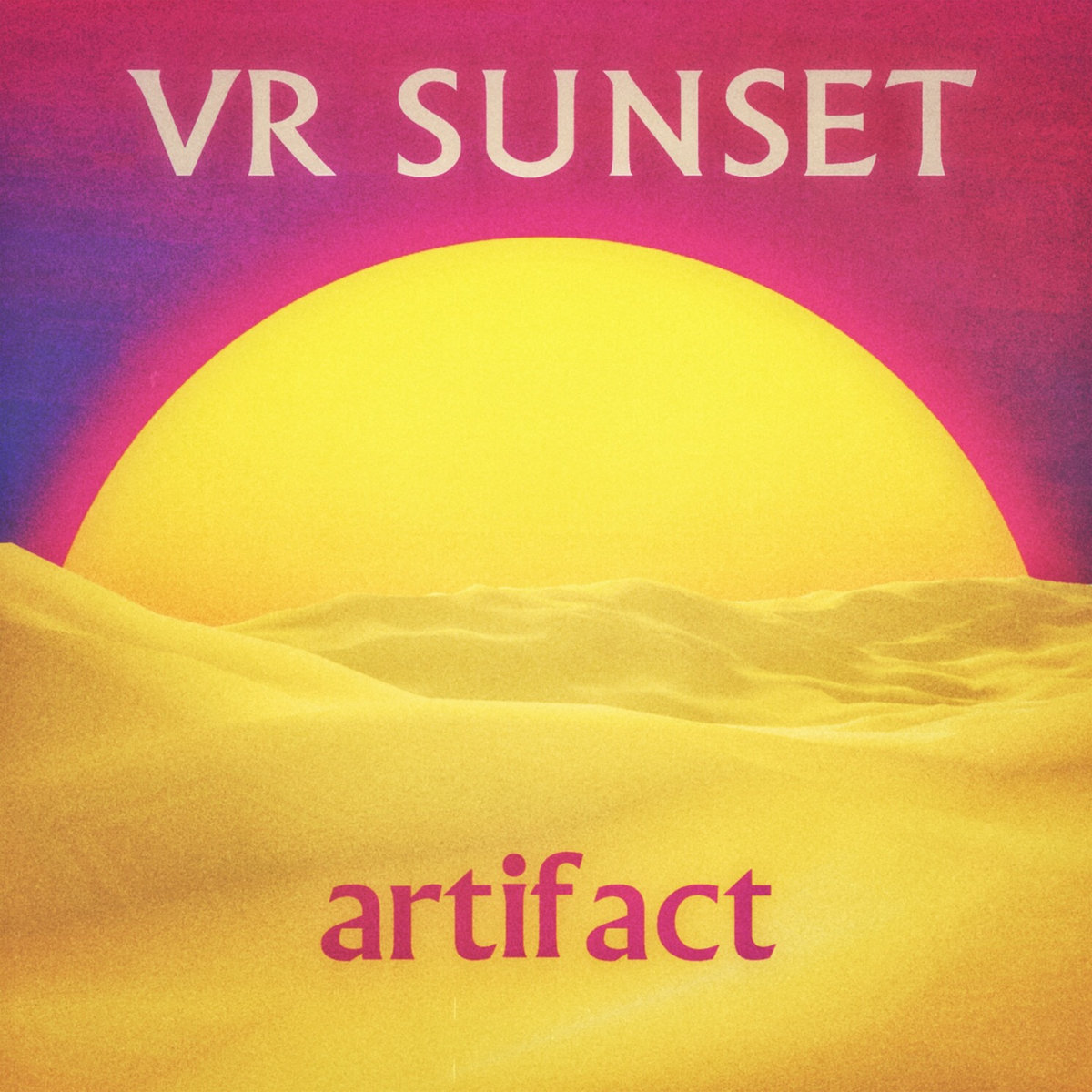 Planet Three alum and Lesionread co-conspirator Reggie Clark has an electronic solo project under the name VR Sunset and his debut album Artifact is fluffy slice of psychedelic chillwave yacht rock heaven. Produced by Deadwolf’s Cody Morse and featuring tasteful drums from Deadwolf/Passed Out/M.A.G.S. polymath Tyler Mendola, and pretty much everything else from Reggie, Artifact is all in on it’s quest for exquisite ear candy sensations that channel a lot of tasty influences and inspirations including but not limited to Toro Y Moi, Neon Indian, Tame Impala, Flaming Lips, The Human League, The Beach Boys and Pink Floyd, and my ears loved all of it.

Concise and to the damn point, Artifact wraps you up in a big fuzzed out hug from the start on “I’m Your Density,” a light bit of tongue in cheek electrofunk that grooves on a perfectly ethereal beat, some Crispin Glover weirdness, and an impossibly elastic synth line before “Clear View” chills it all down with some left field de-tuned Tame Impala synths and Palomoesque bursts of color. “Lucky One” made me want to play Grand Theft Auto: Vice City with it’s throbbing beat, riffs and yearning Brit New Wave chorus that he manages to top with a chorus of overdubbed Reggie’s (a very Prince move) on the psychedelic yacht rocker “Pay The Price,” one of the many examples of Reggie’s absolute comfort in his own skin as an artist and performer, including some reggae infused 80’s New Wave on the very Wild Nothing and pleasing “Cleaners.”

The centerpiece of the album has got to be the sweet sound bath that is “Tame The Beast” and it’s aching, earphone candy Prince/Steve Drozd piano chords, New Order hi-hat, and exquisite Fridmannesque mix, which is right and true considering Dave Fridmann has been producing earphone candy for The Flaming Lips, Mercury Rev, MGMT, Tame Impala, Neon Indian, Spoon, Cut Copy, among others from just outside Fredonia for close to 30 years. It’s really good hearing that Fridmann influence grow and be reflected in our local scene considering the guy’s only 60 miles away and a serious legend worthy of study and devotion for artists and audiophile’s alike. Am I trying to claim Dave Fridmann as a “local guy?” Absolutely. Somebody has to.

It’s a genuine pleasure listening to Artifact, even on the very left field blue eyed soul of “Only You” but especially on the album’s home stretch:  the lysergic yacht rock jam “Holiday” and it’s creamy overdubbed chorus, and low key banger “Tidal Wave” that conjures visions of Miami Vice’s nighttime driving scenes thanks to a stately 80’s guitar solo that Clark saved for the end before the sweet yacht rock apotheosis of “Juju Lovin’,” which achieves divine liftoff and never looks back, leaving our earthbound concerns and crude matter behind us for three and a half sublime minutes. This is what it’s all about, and like the whole album, it’s worth getting in your ears post haste.