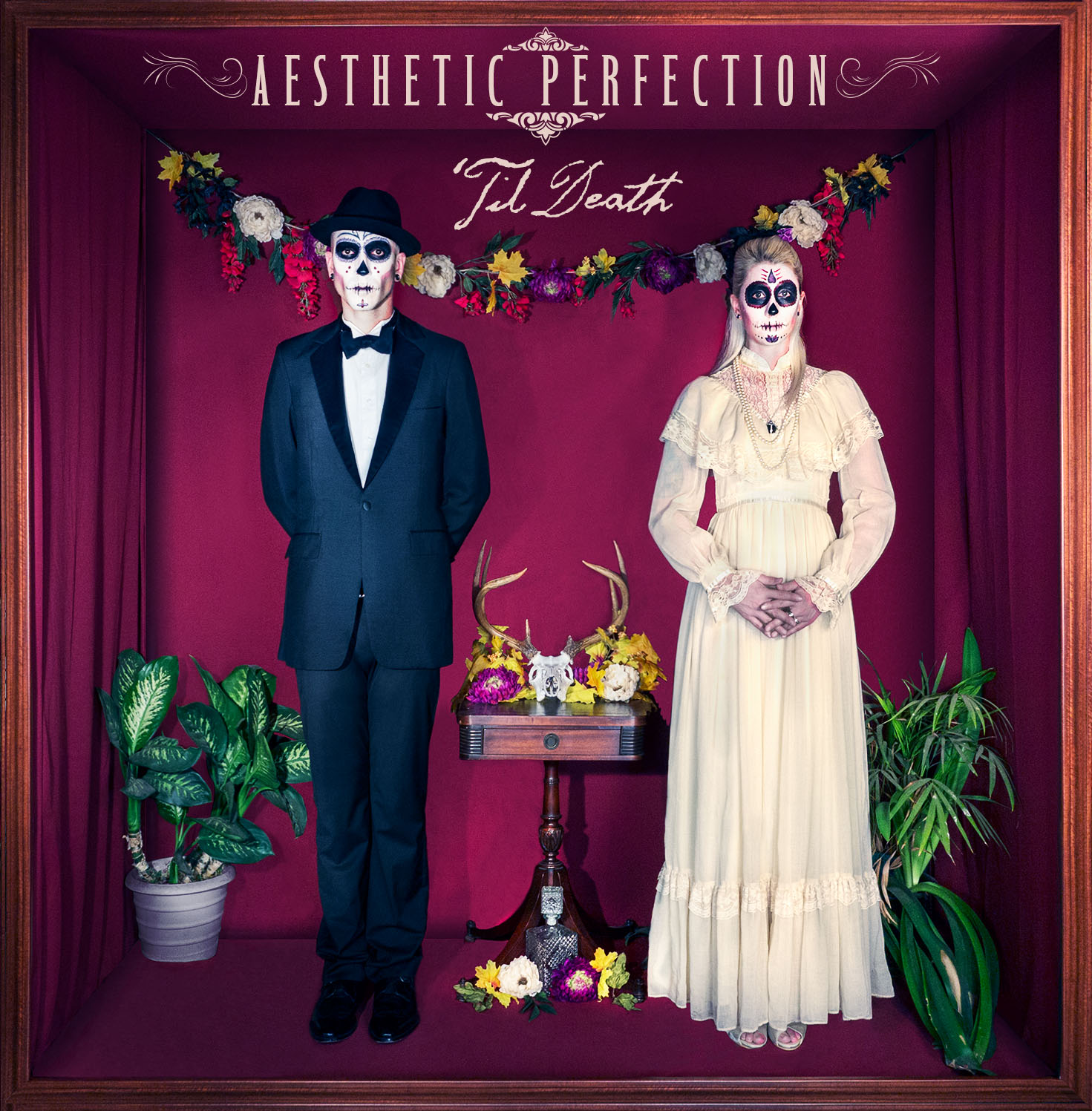 Electronic music, in all of its forms, can be a fickle beast. It’s kind of like dating a German chick: sometimes you love her, but she doesn’t always love you back. Music made electronically through drum machines, synthesizers, and samplers always seems to be bubbling at the surface, but never quite boils over. Which, according to Aesthetic Perfection’s lead singer and primary creative force Daniel Graves, is just fine. “The state of electronic music is kind of irrelevant to me. I don’t exist in a scene that will ever be mainstream, so the mainstream’s acceptance of it doesn’t really affect me,” he says, adding “Europeans embrace electronic music more than we do is just a matter of culture. They just exist in a world that likes the sound more, we exist in a world that loves Nickelback.”

AP’s latest release, Till Death, is a great departure from their early discography. Til Death brings AP’s synth pop to the forefront, leaving the heavy industrial sounds and growling at the door.  “I was 17 when I began Aesthetic Perfection. I’m 31 right now. I’m not the same man I was 14 years ago,” Graves explains. “Each album I make is meant to be a record of who I am at that time which is why every one of them is different. I try to keep conscious influence out of what I do as much as possible.” The reception for Til Death has been as Graves says “divisive.” “People either love it or hate it. That’s so much better than lukewarm. At least I’ve made them feel something.”

AP is currently on tour with Panic Lift, Surgyn, Standard Issue Citizen, and Third Realm, and tonight they are making a stop in Buffalo at Broadway Joe’s. Ten bucks, show starts at 8pm.