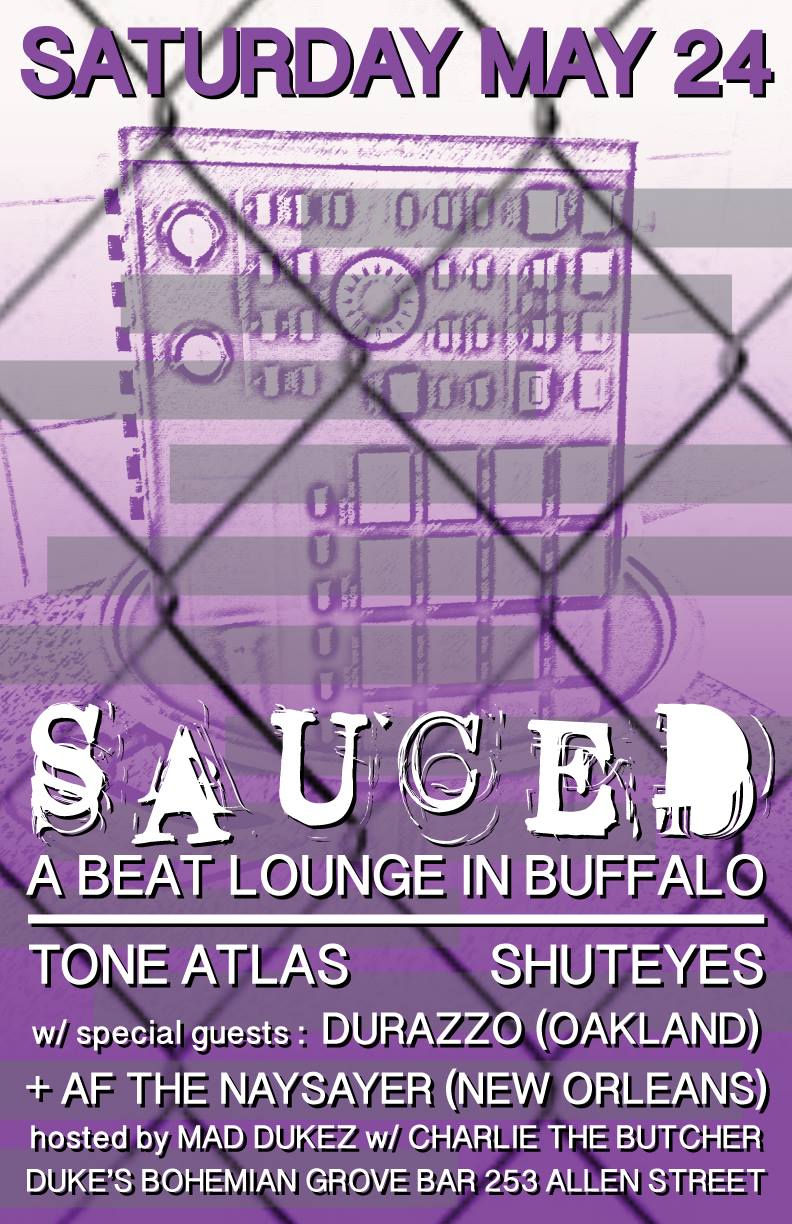 As one of Buffalo’s most diverse and creative music scenes, the instrumental hip hop and beat producer community has long needed a continual event to showcase some of the city’s vibrant, unsung talent. Tonight, Duke’s Bohemian Grove Bar will host the first installment of Sauced, an event aimed at featuring local as well as touring producers, providing an opportunity for their studio heat to be brought to a live setting. Veterans of the Buffalo hip hop scene, Shuteyes and Tone Atlas, will be rocking live on the MPC with local MC Mad Dukez and DJ Charlie the Butcher hosting the event. Also on the bill tonight are Oakland producer Durazzo, whose jazzy, sample-based tracks have a reflective, soulful feel and New Orleans producer AF The Naysayer as a part of their “Back on the Pads” tour.  Music starts at 10pm.