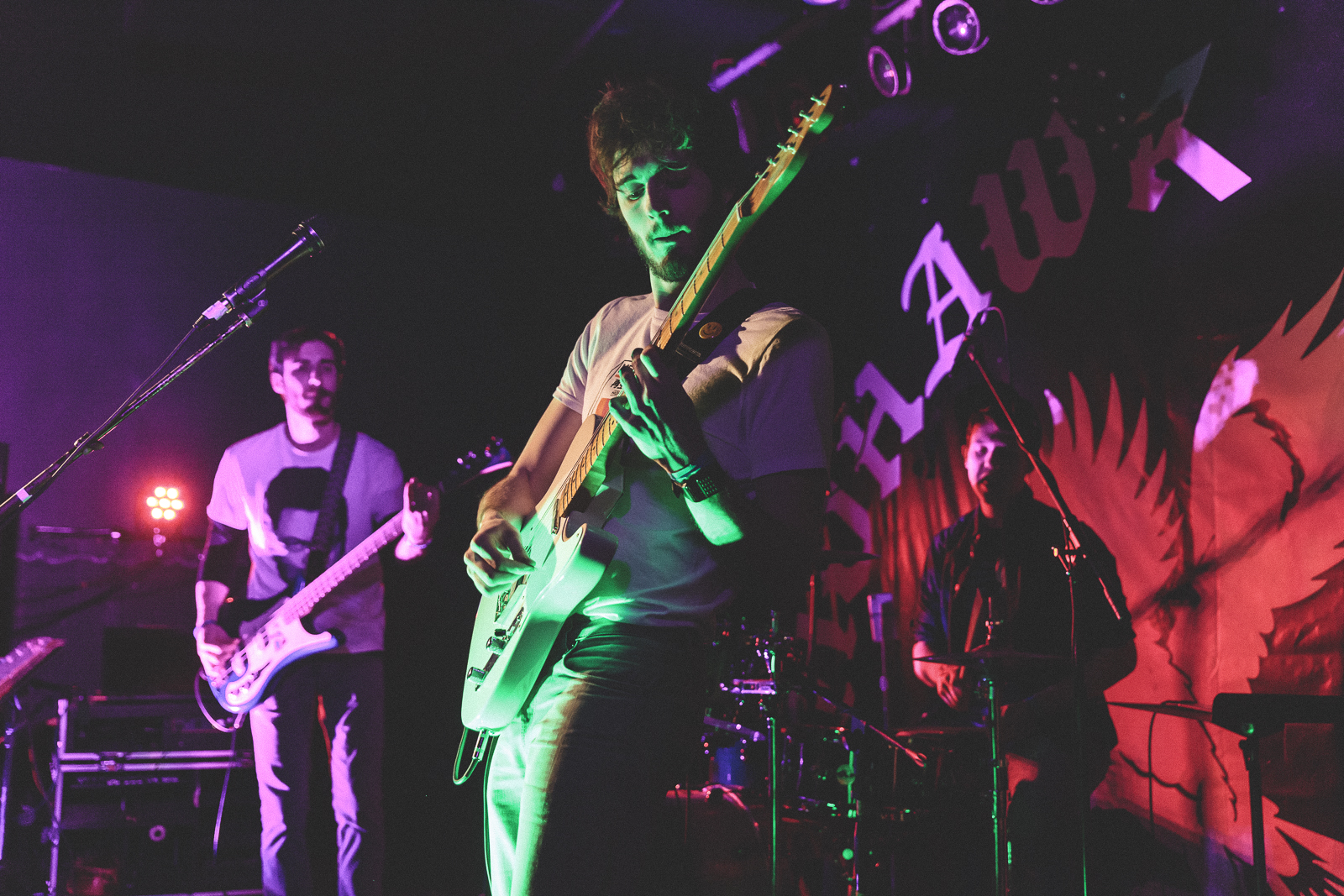 Local synth-pop group VR Sunset will be headlining a stacked local bill tonight at Nietzsche’s. VR Sunset is the brainchild of Reggie Clark, known for his past contributions  with Lesionread and Planet Three. In January they released their debut album Artifact which drips with new-wave psychedelia. Standout tracks include “Tame The Beast,” “Clear Views,” and “Tidal Wave.” With plenty of fuzz and de-tuned synths it’s surely a must listen for fans of Tame Impala, The Flaming Lips, and Neon Indian.

Also on the bill tonight are alt-rockers Nylon Otters, indie stalwarts Hundred Plus Club, shoegaze outfit Chevron Bloom, and bummer punks Talking In My Sleep. With such a diverse lineup, there’s surely something for everyone. $7, Doors at 9pm.