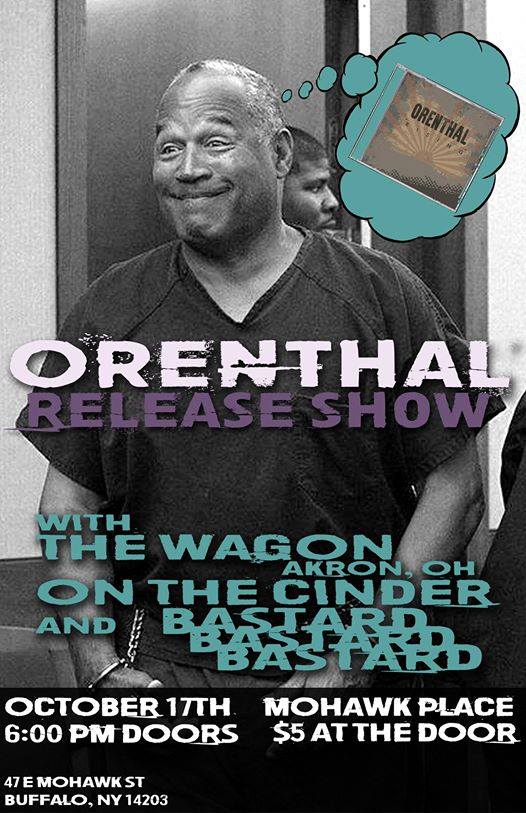 Local punk act, Orenthal, is having a release party tonight at Mohawk Place, for their debut album, Rising. Aggressive punk rock prime for rushing the front and enthusiastically shouting along with the lyrics with finger-pointing exclamations. The band cleverly mixes hardcore punk influences with ska breakdowns, making the songs both fun and unpredictable. Fans of the Offspring’s Smash, NOFX, or Bad Religion should be psyched on it. Also on the bill is On The Cinder, BastardBastardBastard, as well as The Wagon by way of Akron, OH. Show starts early, like get there at 7pm seriously early. $5 cover. Pack some extra bills to pick up the Orenthal album.