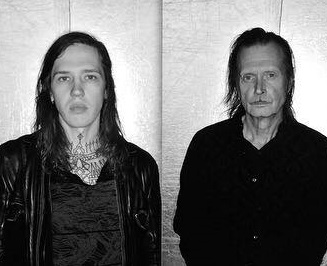 You may be living under a rock if you aren’t aware of the show that every local media outlet is talking about – Night Slaves release show at Mohawk Place. After much anticipation, the industrial duo, comprising of Johnny Toohill (JOHNS, Alpha Hopper) and David Kane (Them Jazzbeards) is set to release their self-titled debut six-song cassette via Bad Drone Media.

Night Slaves makes some dirty industrial pop that sounds like it came out of a grimy basement (in the best way possible). This dark electronica is flavored with a psychedelic sound that has a pretty blatant punk influence. Toohill and Kane deliver on their own name, bringing out a specific yet dark atmosphere. The music is refreshingly produced in the provocative spirit of the avant-grade, and intensely immersive.

Also on the bill are locals CAGES, VWLS, and Malaria control, with Flatsitter taking care of the atmosphere. Show starts at 8pm tonight and there is a $5 cover. Check out the band’s lead single off the tape, “Under Waves” below.