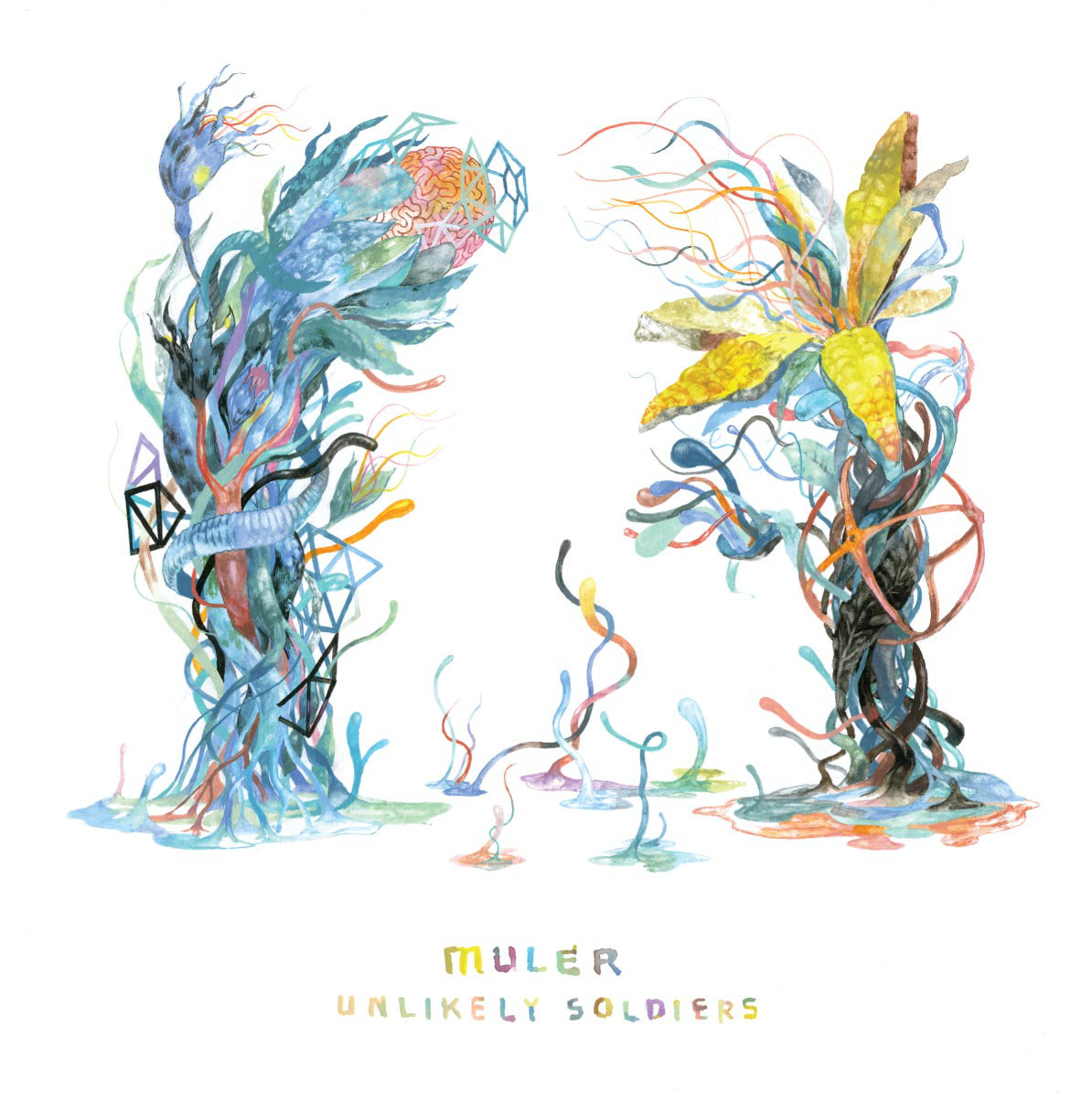 If there’s one thing I have learned thus far in life, it’s that there is no substitute for experience. In terms of being a musician, there’s a certain type of maturity that comes with two and a half decades of playing music together. It’s an unbreakable but tumultuous bond that controls the subtle nuances that take a band from being good to being nuanced. Rochester’s Muler has been a band since 1992 – that’s a lot of life experience.

Unlikely Soldiers is Muler’s triumphant second full length since reforming five years ago. The songs are tightly wound, catchy, and earnest, comparable to The Get Up Kids in their Guilt Show-era. In fact, the vibes while listening to Unlikely Soldiers are enough to bring me back about 15 years in time. This is welcome nostalgia; a listen through Unlikely Soldiers feels like 2002 surging through my ears. This batch of 10 songs would sit nicely upon a shelf next to Stay What You Are, Bleed American, and your Weakerthans discography.

Opening track “Anywhere the Wind Blows” is where any Muler newbie should start. The song is chock full of poppy, emo-flavored hooks, big drums, and vocalist David Baumgartner’s genre-perfect vocals. Baumgartner’s vocals are the proverbial cherry-on-top of Unlikely Soldiers, sounding like a cross between Fall Out Boy’s Patrick Stump and The Weakerthans’ John K. Sampson. Take these factors, and toss in a big, bend-heavy guitar solo, and you find Muler at their brightest.

The direct successor to “Anywhere The Wind Blows” is another album highlight, “Barcelona,” which eschews typical pop-punk tricks for big, buzzing guitars and an odd chord progression. Ever the earworm-writers, Muler still manages to pepper the track with catchy chants of on-and-ons and na-na-nas. “Toothache” is another recommended listen. I particularly enjoyed a recurring motif involving twinkly riffs underneath irresistible ooohs.

It’s clear that Muler has put a significant effort into layering Unlikely Soldiers with multiple tracks and unique instrumental choices. The tellingly-named “Ritalin” finds Muler slowing down their ADD-fueled pop rock into a slow jam. The electric piano, slide guitar, and slow-paced tempo were a refreshing break from Muler’s otherwise consistently peppy hooks.