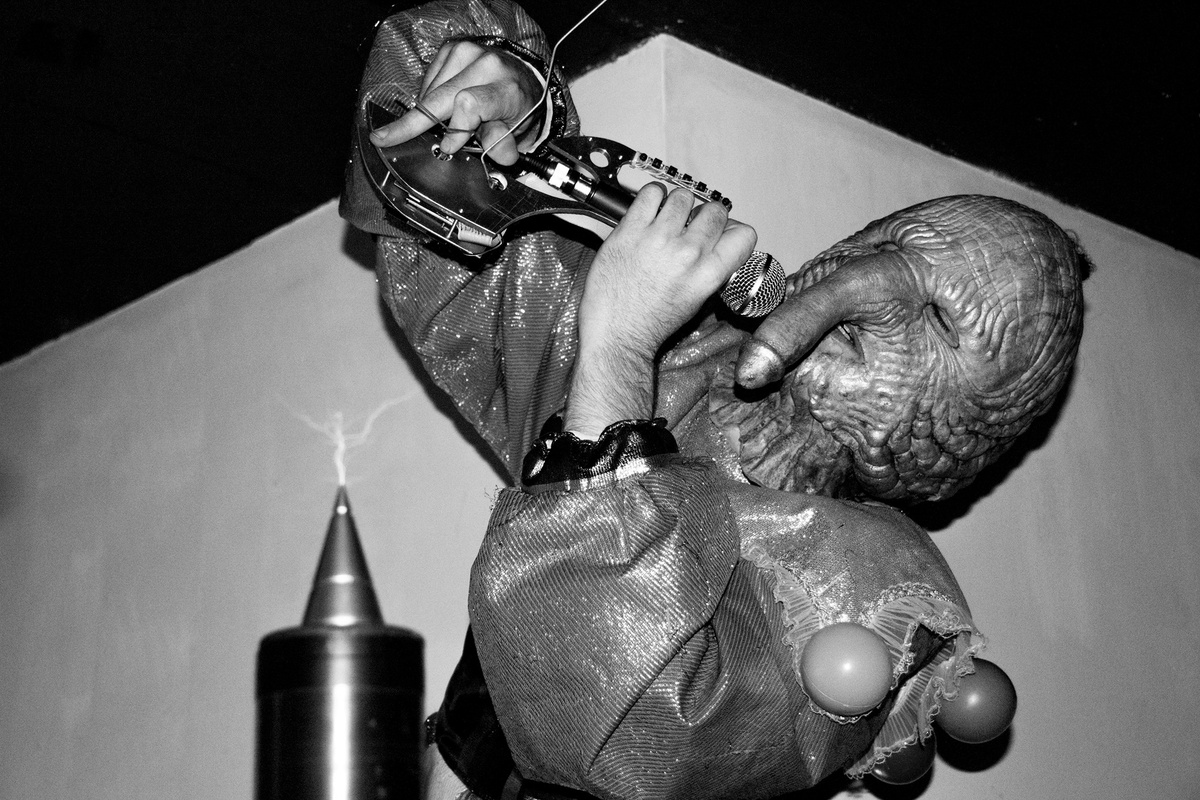 The nearly year long Wonk Sesh series, presented by pop musician Lesionread, has always been known for its left-of-the-dial acts, but the for the series upcoming show, we clearly have a front runner for the strangest set yet. On June 28th at Sugar City, and presented by Squeaky Wheel, Wonk Sesh is proud to present Anklepants. Until I heard from Wonk Sesh curator, Shawn Lewis/Lesionread, I had no idea who/what Anklepants was, so let me let Reecard Farché ( the man behind Anklepants) explain it for himself:

“Anklepants…is a one man mechanical faced sound creature from the depths of the the Australian übergründé. Anklepants is a perfect specimen. His eyes nose face and mouth are perfect. Anklepants is a live electronic music machine.”

Ok, maybe that didn’t explain enough. Farché  was the set designer for Prometheus (that mask does look a little bit like the Space Jockey helmet), and when performing, uses a Wii-like controller attached to his microphone that changes his vocal effects with movement. Oh and his dick nose moves and squirts to the music. Thanks to Shawn for those details.

Anyways, if that didn’t catch your attention enough, then check out the DJ’s Boiler Room set below, which Vice called the “weirdest Boiler Room of all time.” I would have to agree. Further event details can be found here.

P.S. As this is a Wonk Sesh show, Anklepants will be filmed and later video manipulated by Lewis, so keep an eye out for the clip following the June show. Check out past Wonk Sesh sessions here.