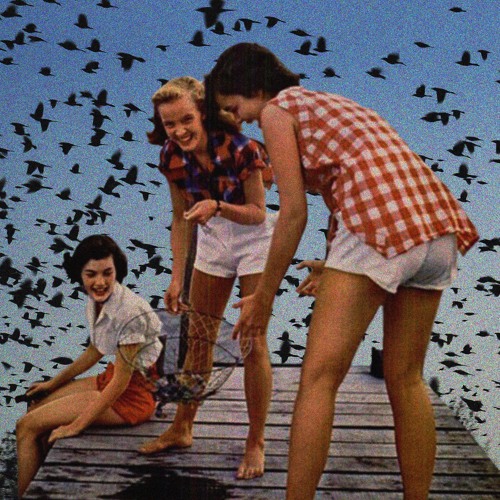 Before the break, I mentioned that going into the new year buffaBLOG would be keeping you up to date on every new and exciting voice in local music. So it’s after eagerly waiting 30 long days that I can finally share with you one of those voices; Faire Écho. Faire Écho is the electronic brainchild of Buffalo native and former Sleepy Haha’s bassist, Derek Sullivan. Now residing in Neu-Ulm, Germany; Sullivan has taken to producing music full-time and the first results are nothing short of breathtaking.

Child of Rage is the name of his forthcoming work, a loose concept album based around the destructive power of childhood pain and fear. The album follows a haunting series of vocal samples that thematically ties the work together using what sounds like childhood therapy sessions and chilling eyewitness accounts. While the album itself is still awaiting a release, Sullivan has released a collection of B-Sides that hint at a taste of what we can expect from the forthcoming album.

Despite the dark subject matter, Faire Écho’s music is surprisingly emotional digestible, and diverse. Tracks like “Rush 2” and “Hexenhaus” are a study in controlled calm with tranquil melodies almost reminiscent of early Boards of Canada. While “Elijah’s Theme” shows off an uncharacteristically playful side for Faire Écho, with it’s rapid-fire breakbeats and eerie high-pitched vocals, it sounds like an Araabmusik banger from hell.

Perhaps nothing is better though than the late album 1-2 punch of “Type” and ‘White’. The former, “Type” is a hypnotic and emotive number that evokes some of the recent work of Baths, it’s undoubtedly strong work but nothing could prepare me for “White.” If I had to pinpoint a moment where I fell in love with the work of Faire Écho, this is it. White is one of those tracks that you hear and immediately just stirs something down deep inside you. As you find yourself lost in it’s progression of gorgeous rising strings and beats you wait anxiously to see where it’ll go and it never disappoints. If Faire Écho has a mission statement, this is it.

The Child of Rage work is still early and a little rough in places. There are moments that feel a little repetitive or come off sounding more like filler and less like a bridge. It also will be interesting to see just how much Faire Écho continues to rely on vocal samples going forward and if that will become and asset or crutch, as there’s early evidence to suggest both. That said, Child of Rage is one of the most exciting debuts I’ve heard from a local artist in a long time, the year is still early and with more forthcoming music, I can’t wait to see where Faire Écho goes next.