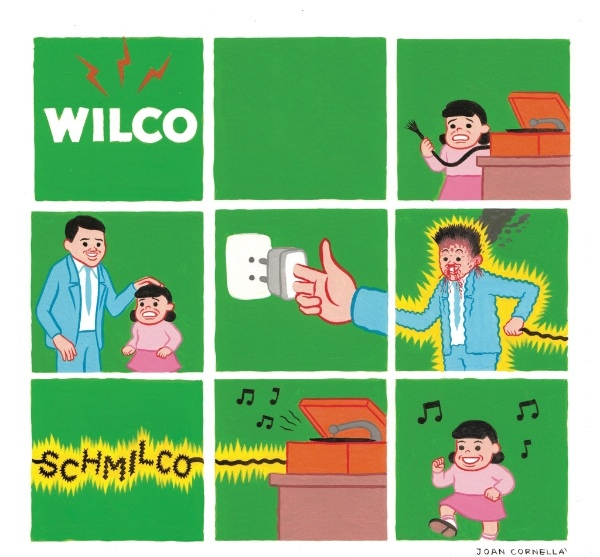 On their tenth album, Wilco’s arrangements are as bare as ever. Following last year’s more effervescent release Star Wars, 2016’s Schmilco is laid-back, stripped-down and acoustically driven. The band themselves described the record as “joyously negative,” an intentional and enigmatic oxymoron.

Acoustic guitar takes center stage, and beyond that it doesn’t get too heavy. The percussion is light and accentuated with brushes, while organ and piano lilt around the periphery. Electric guitar does make an appearance, but its role is ornamental. Wilco channels the twang of Neil Young style Americana and the jangle of mid-‘60s Beatles.

On “Normal American Kids,” Jeff Tweedy looks back on his youth, not so much with nostalgia, but rather a longing for such a carefree time, with perceived and comparatively mundane plight. “If I Ever Was a Child” and “Cry All Day” are both breezy and emotional. “Shrug and Destroy” is Lennon-esque; contemplative and full of melancholia. “Someone to Lose” rides a tight groove, and calmly laughs in the face of death’s inevitability.

Even after ten albums, Wilco still manages to churn out inviting and immersive releases. On Schmilco, the dichotomy of easy-going music with cynical lyricism creates an intriguing, reflective and ultimately fun experience. The record is further proof of their place among alt-rock’s elite.