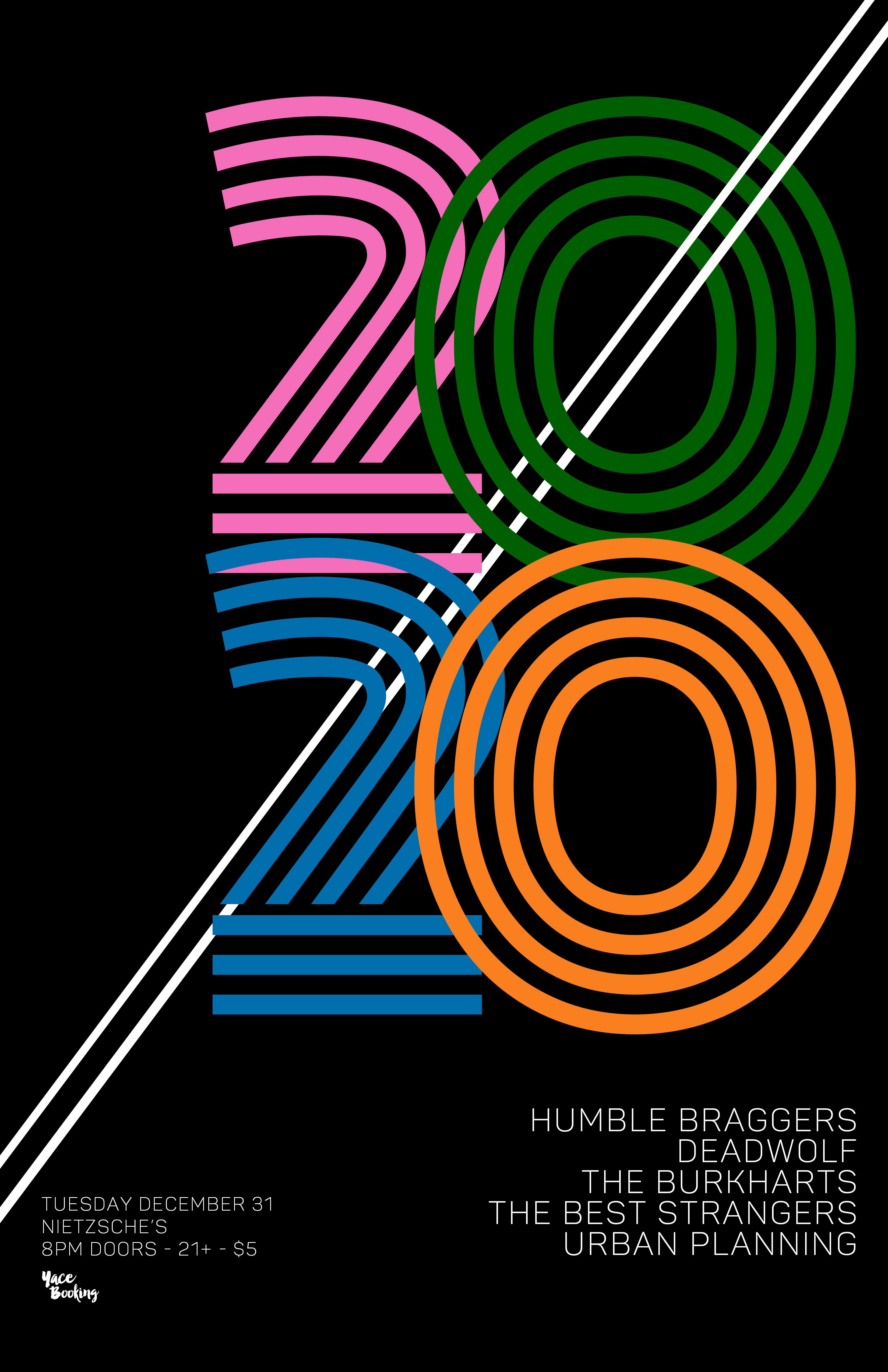 Tonight Nietzsche’s is hosting a stacked local music bill and  this year may truly be one for the record books. With acts ranging from synth-pop to psychedelia to moody indie-rock there’s most certainly plenty to go around.

Headlining will be everyone’s favorite synth-pop act Humble Braggers. Known for their energetic live shows, they’re sure to make you dance the decade away in style. Also on the bill is local psychedelic heavyweights Deadwolf. True revivalists, their lush textures harken back to the “golden age” of psychedelic acts such as The 13thFloor Elevators or Strawberry Alarm Clock. Rounding out the local “heavys” on the bill is indie-rock outfit The Burkharts. With a distinctly lo-fi dreamy surf-pop sound, they’re a deeply fun band and certainly one to get you moving.

Also on the bill is Urban Planning and relative newcomers to the scene The Best Strangers. Urban Planning plays jangly, moody indie-pop, with just enough garage-rock aesthetic to keep it interesting. Rounding out the bill is The Best Strangers which features two of my favorite frequent collaborators Derick Evans and Nick Randall. Every project I’ve seen from them has been fascinating, and this is no different. With a unique take on psychedelic-indie, it’s sure to get you moving, and to be perfectly honest who doesn’t like a horn section?

Lace up your dancing shoes, and bring them down to Nietzsche’s on New Year’s Eve. Thursday December 31st, 8pm doors, $5, 21+.