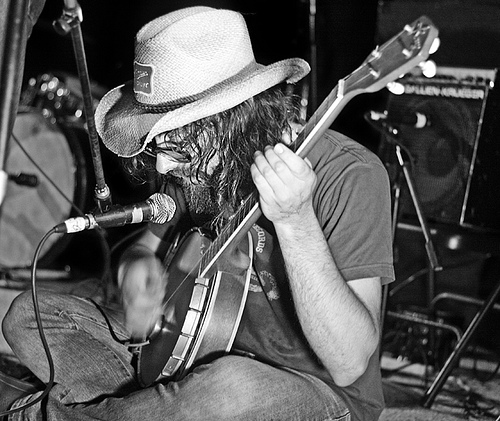 Today is Monday. If you’re one of those people who just can’t seem to say goodbye to that sweet, sweet weekend (acute weekend separation anxiety syndrome, or AWSAS), then take a deep breath. It’s going to be okay. Tonight, underground-ish experimental psyche superstar Matt “MV” Valentine makes a return to the Queen City in support of his sprawling new double LP Midden Mound, an album that will probably make you forget what day of the week it is, anyway. Valentine, one half of folk duo MV & EE, is known for his mind-bending neo-psychedelia; his new album conjures up a good Dark Side of the Moon feel, albeit seared with his signature style of experimentation that will melt your weekday blues away.