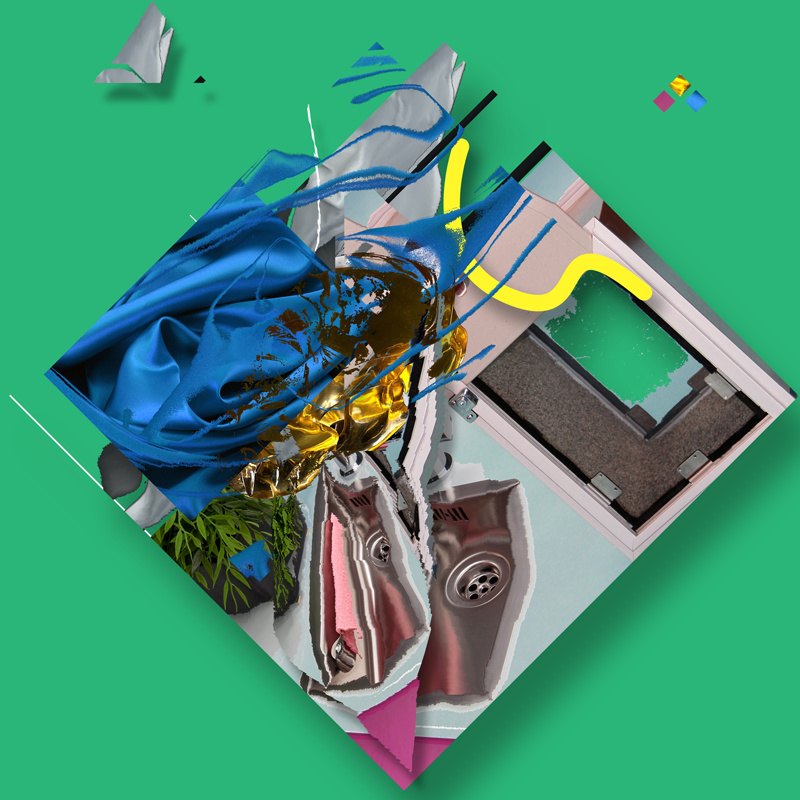 The imaginative soundscapes of Buffalo producer Darksleep have been among the most otherworldly to emerge from the local underground electronic scene over the past year. With the release of his debut album, 電効営み, the artist caught our attention with a vivid, experimental style reminiscent of avant-garde synth virtuoso Oneohtrix Point Never and Venezuelan producer/Bjork collaborator Arca. This sound-art approach to making tracks is conveyed clearly from a glance at the abstract artwork for the latest release from the enigmatic producer, Obviate.

From the onset of the album’s lead track, “Precursor,” with it’s glitchy vocals and washes of digital chaos, Darksleep creates an unsettling, yet mesmerizing atmosphere complete with playful arpeggiating synth tones and eerie droning textures. As a listener, the effect can be imagined as being transported into alternate universe where what follows is an eloquent glimpse at a wildly conceptual world of sonic visions.

On “Spectre,” another unearthly loop begins the track as a slowed down and indecipherable vocal is introduced, with a celestial progression and careful pacing that allows for perhaps the most ambient and gentle moments of the record. Other moments on Obviate are less decorous, and take a more abrasive angle like “Palomino Lullaby” and “Blemish Bloom” with it’s pervasive synths and found sound functions as a moment of suspicion and anxiety in a more ambiguous manner than the unsettling, yet direct sounds of “Mistrust,” whose ominous synth and piano lines evoke a vintage horror movie sequence.

Other moments that stand out are the post-apocalyptic “Access the Mist” and the more whimsical, percussion-laden “Glimpse Back,” whose dexterous piano lines make for one of the more jovial moments of the record. Despite having only been releasing tracks for a little under a year, the degree to which Darksleep has been able to craft concise music with such striking elements is remarkable. Obviate presents to its’ listeners a complex world of dense sound that is as enthralling as it is confusing and is among the most unique local releases of the year.