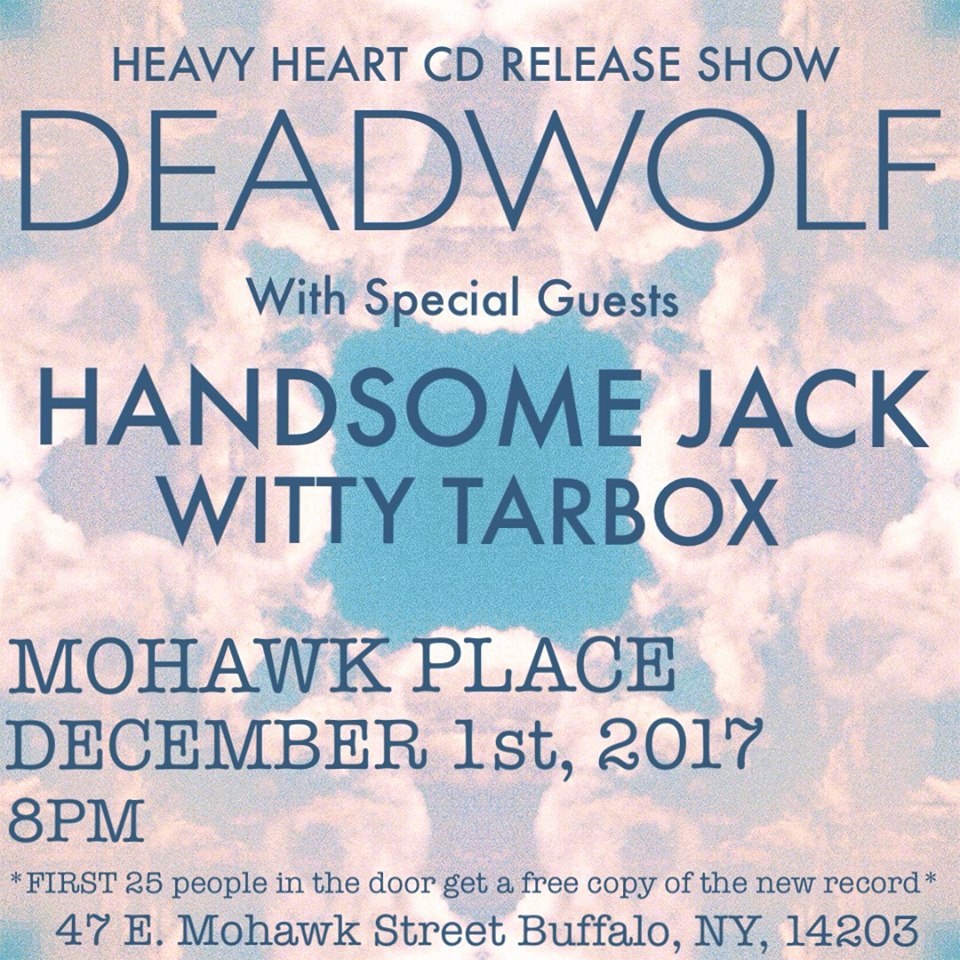 Local psych rock classicists Deadwolf have finally released their epic full length debut LP Heavy Heart and they are celebrating this long awaited event tonight at the Mohawk. The band and their fans have been waiting a while for this album to be out there, an expansive exploration of sixties psychedelia featuring serious ear candy jams, loads of shimmering guitars, subtle menace, and excellent harmonies, which translate very well live, and with their penchant for audio and visual satisfaction,  you can expect something a little extra from Deadwolf in the headlining spot this evening.

Lockport rockers Handsome Jack, who recently crushed it opening for Timber Timbre on this very stage will be back to spread their early 70’s rock gospel with Witty Tarbox opening the show with their funky and nihilistic surf rock. Cover is $5, doors open at 8pm and the first 25 people through the door get a physical copy of the Heavy Heart.