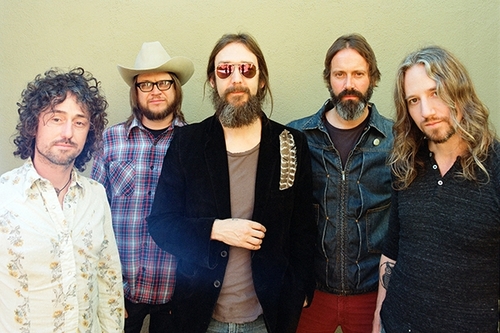 Chris Robinson was always one of the biggest hippies in music, but he didn’t really start letting his freak flag fly until he left the Black Crowes, and formed the Chris Robinson Brotherhood, who take the stage at the Town Ballroom tonight (8pm, $24). The name is somewhat ironic, considering in the Crowes, Chris actually played with his brother, Rich Robinson, with whom he had a notably rocky relationship.

The Brotherhood established themselves in 2012 with the release of two critically acclaimed albums, Big Moon Ritual and The Magic Door. Both albums embraced Robinson’s enthusiasm for extended jams, with several tracks that went on for 10 minutes or more in lengths. The band’s third album, Phosphorent Harvest, just game out, and while the song lengths are trimmed down just a bit, there are still plenty of extended jams. This music lends itself well to the live setting, where little improvisations can be added to each number, making it so no two shows are ever completely the same. Tonight’s show will feature one of rock’s most underrated songwriters completely in his element, and for fans of strong musicianship who don’t mind a few extended jams, this will certainly be a treat.