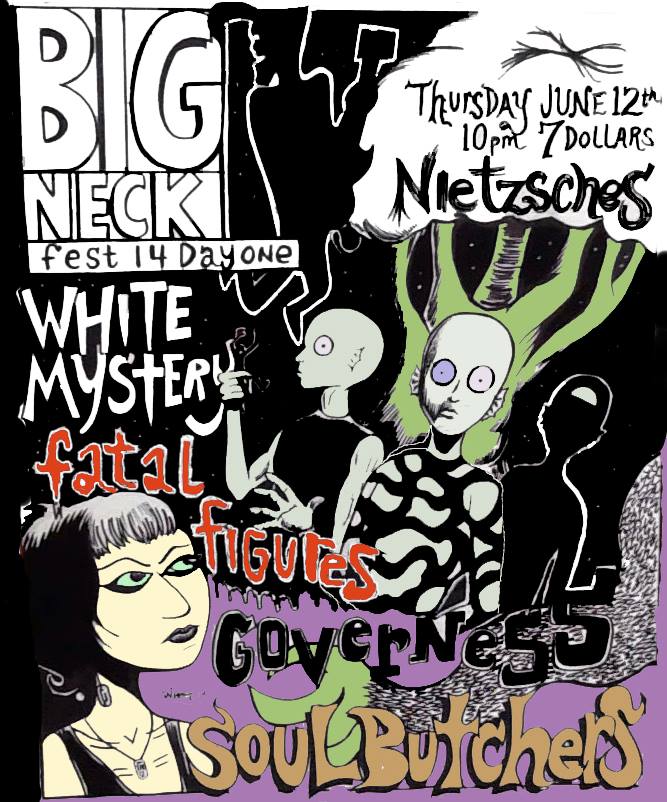 According to Bart Hart, it all started in 1994. It sounds like the beginning of a campfire horror story. A story that the ‘bro’ antagonist tells to get the big breasted cheerleader scared. However, Hart’s story is a bit more seedy and endearing, consisting of a bar called Ashbury Alley, punk rock, and of course Buffalo.

Big Fest isn’t just any  rock show. This is a festival that managed to bring Jay Reatard to Buffalo in its first two years back in 1999 and 2000, and this year isn’t any different. Headlining Day 1 will be Chi Town’s White Mystery. Fresh off of a European tour, the sisterly gingered, garage rock duo released their fourth full length, Dubble Dragon, in April.

In support of White Mystery will be Governess, a band consisting of former members of Pink Tiger, and one that will surely not disappoint you, especially considering when contacted to supply some information on themselves, they simply sent a link to a Wikipedia page for Seppuku. Seppuku is the Japanese ritual suicide by disembowelment.

Day 2 of the Big Neck Fest will feature seven more bands. The lineup includes buzz fuzz rockers from Chicago The Funs, Baltimore’s The Ravagers, The Activations, Stop Worrying and Love the Bomb, and T-Tops, from Pittsburgh. Also on the bill will be the blues induced guitars of Buffalo’s The Afterbirth Tycoon, and the punks of Fleshy Mounds who just dropped their new EP, You’re Welcome, at The Hoyt house last weekend.  Show starts at 10pm (both days- tonight and tomorrow) at Nietzsche’s, 7 bucks at the door.