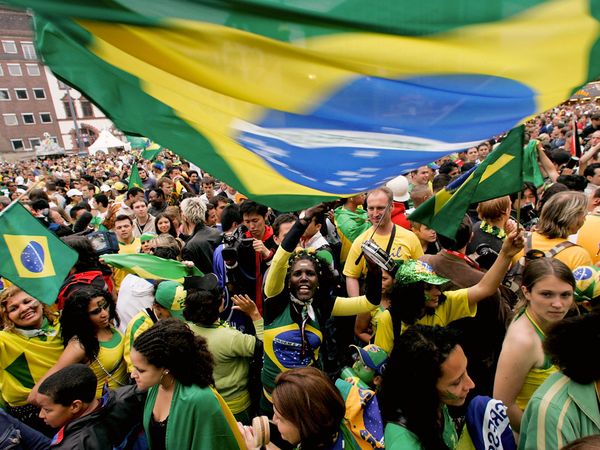 Starting today, whether you like it or not, World Cup soccer is back. And with that in mind, we have a little playlist to get you ready for it, or piss you off because you’re tired of the World Cup and all this soccer already.  If you’re in the latter category, well, good luck with that during the next month, because it’s going to be everywhere this time around (and you can forget about Twitter during matches)…. even in Buffalo, with bars all over town vying to be your “World Cup bar.” If you’re a fan, then you know it’s going to be a hell of a party. Enjoy.

“Tive Razao” by Seu Jorge. The standout track from the FIFA 06 soundtrack, this sublime acoustic ditty from Brazilian superstar Seu Jorge is gorgeous, irresistible, and a glimpse into the soul and rhythms of Brazil.

“Festival” by Sigur Ros.  This soundtrack to pure joy was used brilliantly by ESPN for one of their commercials for the World Cup, which is also included because it’s an excellent piece of advertising and rousing as all hell.

“Don’t Look Back In Anger” by Oasis.  Because Manchester City won the league this year, the song that sums up England’s complicated relationship to their national team goes to the Brothers Gallagher and Oasis.

“Bat Macumba” by of Montreal. Another Mutantes cover, this time from pyschedelic art rock freaks from Athens, Georgia.