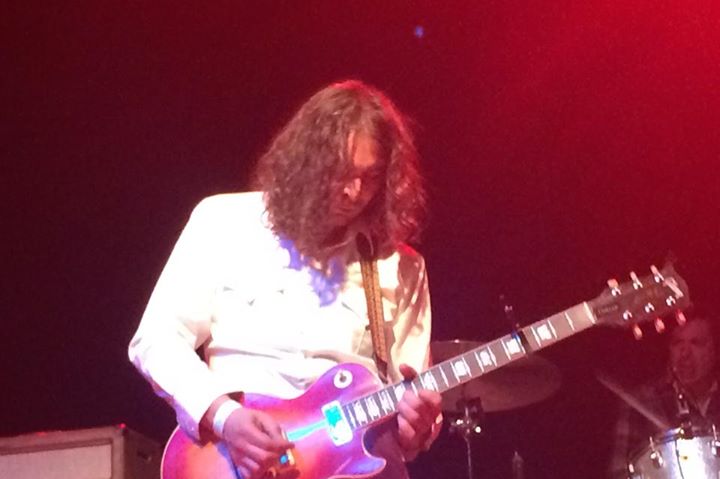 Last night, the Town Ballroom hosted one of Buffalo’s more anticipated live shows at the quarter mark of 2014 in Philadelphia’s The War on Drugs. Riding high off of the band’s acclaimed album, Lost in the Dream, front man Adam Granduciel and crew delivered a triumphant set of hazy heartland rock that is as much Springsteen and Henley as it is J. Spaceman. Wasting no time, the band dove right in Lost in the Dream opener “Under Pressure.” Since first listen, the meticulous kraut rock stylings of the song reminded me of Wilco’s “Spiders (Kidsmoke),” but where Wilco lets “Spiders” absolutely rip live, The War on Drugs keeps “Under Pressure” under control, albeit a driving control.

Buffalo concert crowds are funny in that you never really know what kind of turnout you will get at certain shows. Here we have one of 2014’s breakthrough acts coming through town, something that doesn’t always happen in WNY, and the turnout was, well, ok. What they missed, though, was certainly their loss as the fist pump song of the year in “Red Eyes” (see video below) and Slave Ambient‘s equally as exhilarating “Baby Missles” provided an absolute rush over the transfixed crowd. Live, Granduciel has a bit of Bob Dylan in his vocals, with a sometimes drawn out and nasal delivery, that effectively makes the musician sound as road weary and tired as Lost in the Dream‘s subject matter seems to have left him.

The band, who seemed appreciative and to be having fun the entire night, ended on a nice moment when drummer Patrick Berkery’s (who was a blast to watch by the way) nephew joined the group on stage to share the kit on set closer “Black Water.” The somber yet hopeful tune put a nice cap on a show that rightly justified the hype behind a band that has nicely found its stride. Here’s hoping next time they roll through town, more are there to prove the hype is real.