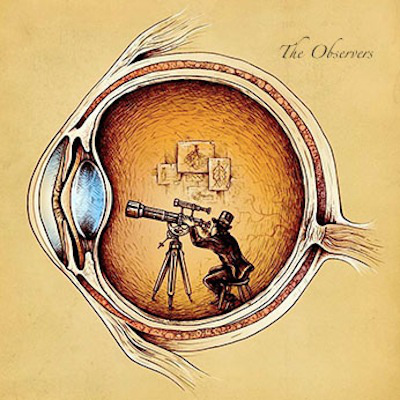 A lot can happen when a bunch of local songwriters and musicians happen across each other’s paths and subsequently decide to make some music. Sounds come together, voices fall into harmony, and direction begins to take form.

Coming off their self-titled debut release, The Observers seem to have little else on their minds than following a road they have ardently begun to forge for themselves and busting out of Buffalo’s coddling grips. “The trajectory seems to be moving in a positive direction,” says Josh Gage, multi-instrumentalist and founding member of the now seven-person ensemble. “Coming off the CD release, our goal is to get on the road as much as we can…and possibly do a house-concert tour along the 90 corridor.” It couldn’t be a more perfect regional introduction for an acoustic band that is just coming of age. “It’s kind of our bag. When we can forget about the chords and the amps, we’re able to let loose and be more comfortable in the intimate setting.”

At least this is the sentiment that followed them into the studio, where most was recorded live, and the process was stripped down so far that nearly all the instrumental tracks were able to be put down in a day. “We didn’t have a drummer, so that made it more simple. We were able to stand in a circle and look at each other.” Intimate and amenable. The same vibe you get when you stroll through the winding progression of drinking ballads, emotion-laced songs about broken hearts and picking up the pieces, and stylistically broad collection of tunes that make up their first studio effort.

Refined songwriting skills are matched with clever acoustic interplay, pointed vocal harmonies, and a flute to top much of it off, all culminating in a sound that is rooted in folk but with a leash full of slack. Beyond the driving strums of “Headin’ West,” the many voices of the band fall on top of each other in graceful harmony, giving rise to a flute almost reminiscent of the Celtic highlands. In the rolling waltz of “Sad Cabaret,” rhythmic strumming is blended with lucid tangents of classical guitar plucking, all coming together over a somber lyrical narrative that demonstrates the group’s gallant ability to capture emotions authentic and pure.

Yet underneath it all, you can’t help but feel that there seems to be some underlying theme to the album, a deeper itching for the open-road kind of freedom we have all felt a pull towards at some point or another. Through the range of tracks presented, the band’s roots-heavy foundation makes it difficult for the mind not to wander towards the unrestricted possibility of anywhere else. It’s an album that, like the band who produced it, seems to be longing for something bigger.  And with a creative flow channeled so decisively from the start, it is likely that bigger is precisely what this band has poised themselves to get.