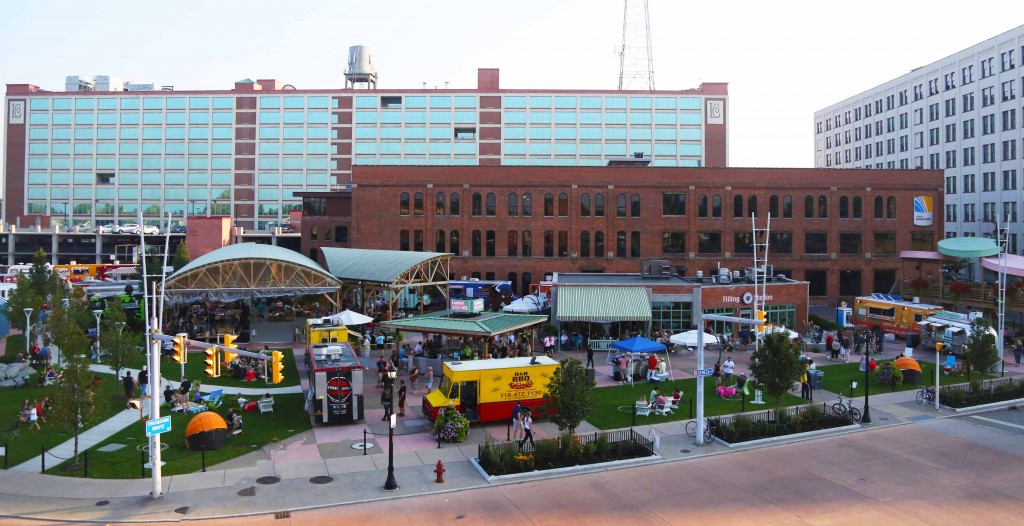 If you have yet to head down to the new Larkin Square, now would appear to be a good time. The revitalized business district’s Food Truck Tuesdays kick off this evening, and just yesterday, the Live at Larkin series announced its summer lineup. Beginning June 18th and running every Wednesday until September 17th, the series once again touches on a wide range of local artists and genres, from folk and jam to party pop and soul. Some blog favs, including Aircraft, Forealists, and everyone’s favorite subtle ladies man, Lance Diamond (if you didn’t know he was Buffalo’s best entertainer, just wait for him to tell you), are a part of this year’s lineup.

The series will kick off on June 18th at 5pm with Neville Francis. You can view the entire Live at Larkin lineup here.