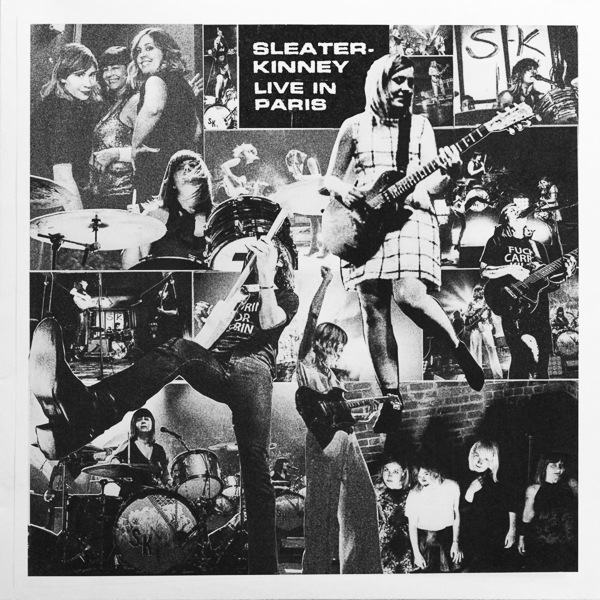 With a career spanning over 20 years, Sleater-Kinney has left an indelible mark on modern alternative music. As pioneers of the riot grrrl movement, they helped usher in a new era of female powered rock that is edgy, raw and empowering. However, even after a long career, there are still some things they haven’t done. Their latest release for Sub Pop is the first ever live album in the band’s tenure.

Live In Paris was recorded on March 20, 2015 at La Cigale in Paris, France. It was during the tour in support of their killer eighth studio album, No Cities to Love. Sleater-Kinney’s live shows are highly energetic and all out in your face, and that vibe isn’t lost here. In capturing this sold-out evening, the record showcases the group’s anthemic and abrasive style well. The dynamic between the four women packs a heavy punch, one that’s been cultivated and perfected through a couple decades.

Additionally, they do a good job of representing most of their material, old and new. Nearly every one of their studio albums gets at least one track on the setlist, providing the audience and listener with a crash course in their deep catalog. The set kicks off with the hectic No Cities to Love opener “Price Tag” then launches into the throwback “Oh!” from 2002’s One Beat. Classics like “Dig Me Out” and “I Wanna Be Your Joey Ramone” make the cut, and sound just as fresh and exciting as ever. The natural closer for the set is sing-along hit “Modern Girl,” which was performed as a double encore that evening.

While nothing can replace seeing Sleater-Kinney perform live, the new record certainly translates their frenetic passion into an immersive listen. Live In Paris conveys the heart of a band who’s hard-hitting and timeless sound has etched its place in alternative rock’s history books.