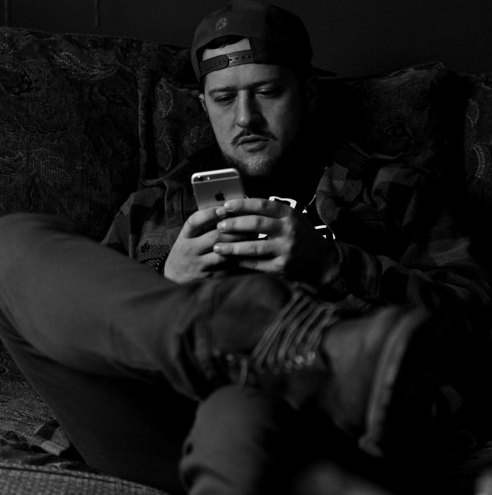 Buffalo hip hop mainstay Short Moscato started off the New Year strong with four new quick-hitters in the month of January. Moscato dropped the 13 song Whatever/Forever project in the last quarter of 2015, an album filled with great tracks from he and his talented friends in the scene. This year’s loosies work off of the Short Moscato blueprint: a hard flow, personal lyrics, and beats of all sorts.

The string was lead by “Turquoise,” an ethereal track with a heavy psilocybin influence. In between moments of reflection and revelation, Moscato cuts through with refreshing poignancy, as seen in the line “a Dutch should never ever cost more than $1.50.” Much of the track stays true to the titular theme though, as Moscato questions his need and habit and is guided by a narrator suggesting the use of turquoise as relief.

Moscato goes on to appear on the Lucky Seven track “Netlfix & Chill,” a track much more delicate than the title suggests. Seven sets the mood with an opening verse teeming with affection, and producer Braden Blair’s use of female singing in the beat is exquisite. He couples it with perfectly paced drums reminiscent of Like’s production on Kendrick Lamar’s “Sing About Me.” Short opts for a lyrical feature (which he refers to as “Bar Wars”} including a reference to former NBA-player Rodney Strickland’s handles. Rod’s mention follows a Jerry Stackhouse namedrop in “Turquoise,” and has the NBA fan in me hoping for an Erick Dampier mention in an upcoming Short track.

Coming in at a staunch minute and fifty-eight seconds, “Suicide Hotline Bling” ignores the precursor of the catchy Drake track it references, instead standing gritty and brash. Format-wise it’s in the same vein as a Madlib collabo. It’s short, works around a good loop, and eventually runs wild in the back half of the beat. Moscato again keeps it brief for his final January release, the WZA-assisted “Streamz.” The Flaxeed beat on this thing is no joke, and initially seems hard to navigate with any fluidity. WZA and Moscato sound up-to-task though, and adjust their flows accordingly.

All-in-all, it’s a nice opening to the year for Moscato. There’s a thoughtful variety to the releases, and some of Moscato’s bars in here are among the best we’ve heard from him. Give it all a listen on his Soundcloud and check on “Turquoise” below.