Seafox – Eulogy of the Angels 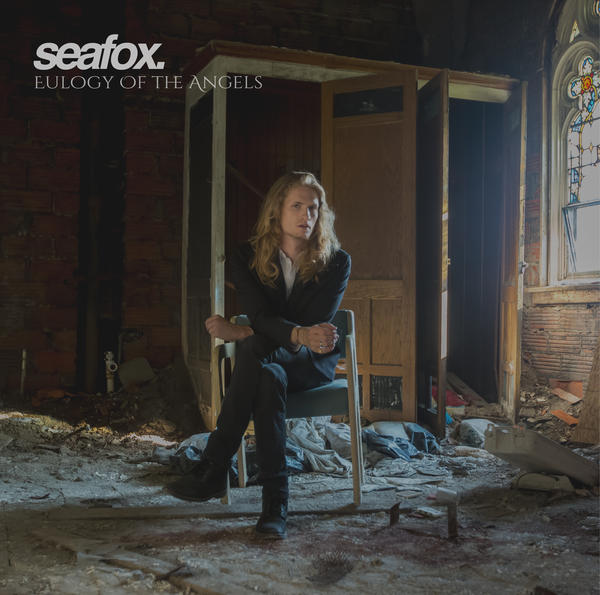 Harnessing musical influence into something fresh and original is no easy feat. Unless you’re Seafox. The Buffalo-based folk-pop band upended the scene late last year with its impressive sophomore full-length Eulogy of the Angels, channeling the likes of Beck, Pink Floyd, My Morning Jacket, MGMT, and more. The amalgamation of these influences brought to the table something ambitious yet near-perfectly executed, as well as our album of the week.

As the sophomore effort of singer/songwriter William Fortier, Eulogy carries some serious weight. A full ten songs deep and somewhat of a departure from the solo singer/songwriter vibes of Fortier’s debut Colours, the album enmeshes acoustic folk with some of the catchiness of modern alternative for a blend that makes repeat listens easy and often. Having begun initially as Fortier’s solo project, Seafox has evolved with the recruitment of brother Eric Fortier on bass/keys and Kevin Pryles on drums. Together, the trio is able to flesh out material that sits nicely on a shelf with Beck’s folksier material or My Morning Jacket’s earlier efforts.

To the casual listener, the songs simply work well together catchy folk pop album, but to a nuanced ear the overtones are plentiful and offer a much higher degree of variance. You’ll find radio-ready indie rock elements in songs like “Believe” and “Changes,” and–on the entire opposite end of the spectrum–introspective alt-country moments in “Mother Teresa” and the album-clinching title track. However, coherence is not lost on the album’s ambitious range. Many songs share a certain classic-rock glue–billowing background vocals, 70’s stylings, and an acoustic guitar backbone. These elements are exemplified well in the Pink Floyd-inspired “Headlines.”

Eulogy of the Angels is currently streaming on all major platforms and is available for download on Seafox’s website here. The band’s last Buffalo show in the foreseeable future is Friday, February 23rd at Nietzsche’s with Jacob Peter, Pine Fever, and Rust Belt Brigade, so catch them live while you still can.