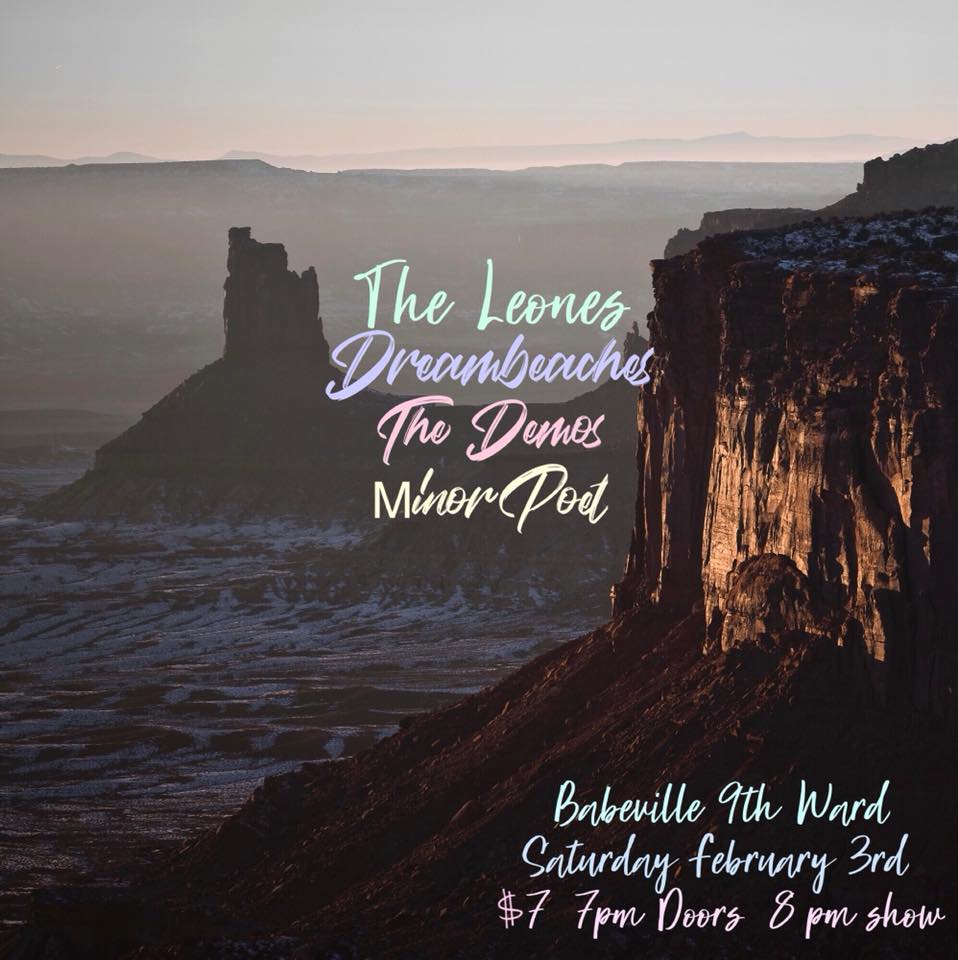 Local dream-pop outfit The Leones hit Babeville’s 9th Ward tonight. The group is still riding the wave of their 2017 release, Songs From a Canyon, which features lush synth soundscapes and haunting ambience. The four slot slot bill will include three other indie pop acts.

The show begins at 8 with doors at 7. Tickets are $7 and can be purchased at the door.