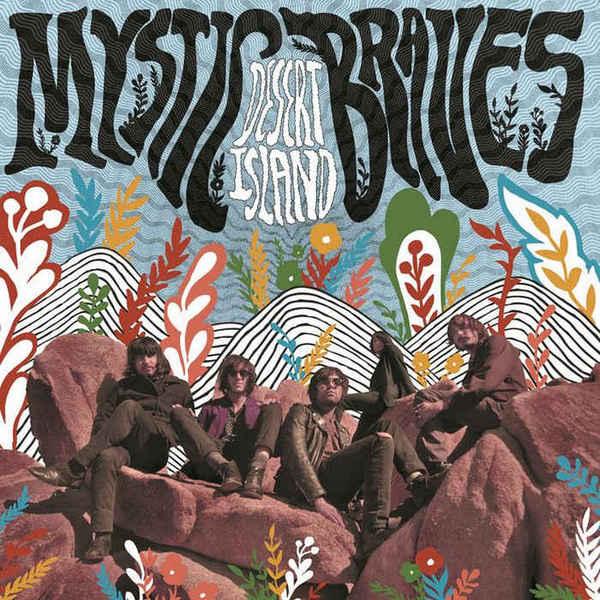 Mystic Braves is one of those groups that tend to ramble on. Since their last, self titled album, they haven’t quite figured out how to stray from their original sound, which is a western-influenced, rawhide feel. For starters, I’m not asking that a group create dramatically new content with each work, but when I can’t tell the difference between song A and song B, there’s a cog missing in the clock.

On Desert Island, guitar licks are swinging in the wind like a pair of balls too big for their boxers. Indeed, this is good music to listen to if you’re driving or trying to get through the day at work. It’s casual surf rock, almost like they didn’t know what to play when they started, so they decided to rehash the same motif heard in groups like Tame Impala and Ariel’s Pink Haunted Graffiti. On “I Want You Back,” they steal the opening riff from “House of The Rising Sun.” Look guys, you’re not Led Zeppelin.

Vocally, the singer slops on another version of an over-produced, nasally Beatle. The John Lennon impersonators need to go home (same with little coquettish female twerps–where are the mamas with substance?). Here comes the big break in the work. The organ. On “Earthshake” and “There’s A Pain,” the melodramatic sounds clearly reiterated from The Doors gives the sound a gritty, punchy feel. It’s sensual and senile at the same time. The album, overall, is pleasing to the ear, but it’s tried and true. The surf-cowboy-act is pretty much up.