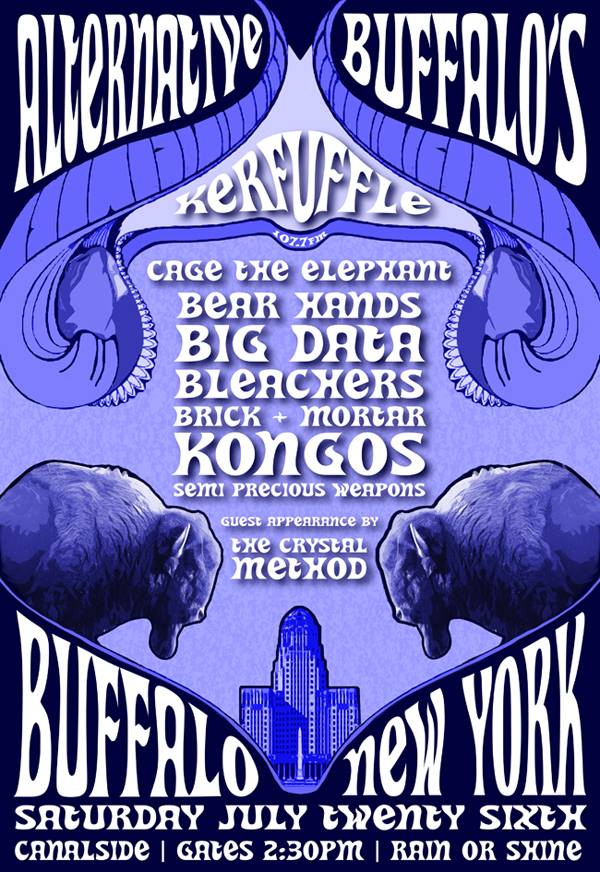 After some teasing through social media over the last couple weeks, Alternative Buffalo 107.7, one of the city’s newest radio stations, announced this evening it’s first big splash on the scene in the interestingly titled Kerfuffle. Yes Kerfuffle. The station, which has had its name on various shows over the last couple months from acts like the Whigs to the Orwells, will be throwing a one-day fest down at Canalside on Saturday, July 26th beginning at 3pm.

Kerfuffle features some buffaBLOG approved artists, including Bear Hands (a former “You Heard It First” showcased act of the station), the semi-Rochester based BIg Data, Bleachers, and the Crystal Method. Cage the Elephant appears to be the headliner. Well, you can’t win them all…

Anyways, ticket are $25, $40, and $150 for VIP, and will be available for purchase on Friday, May 2nd, starting at 12pm via TicketFly. Full event details can be found here.

You never know. For as much as the station’s social media account mentions Lorde, perhaps she might be an unannounced drop-in?