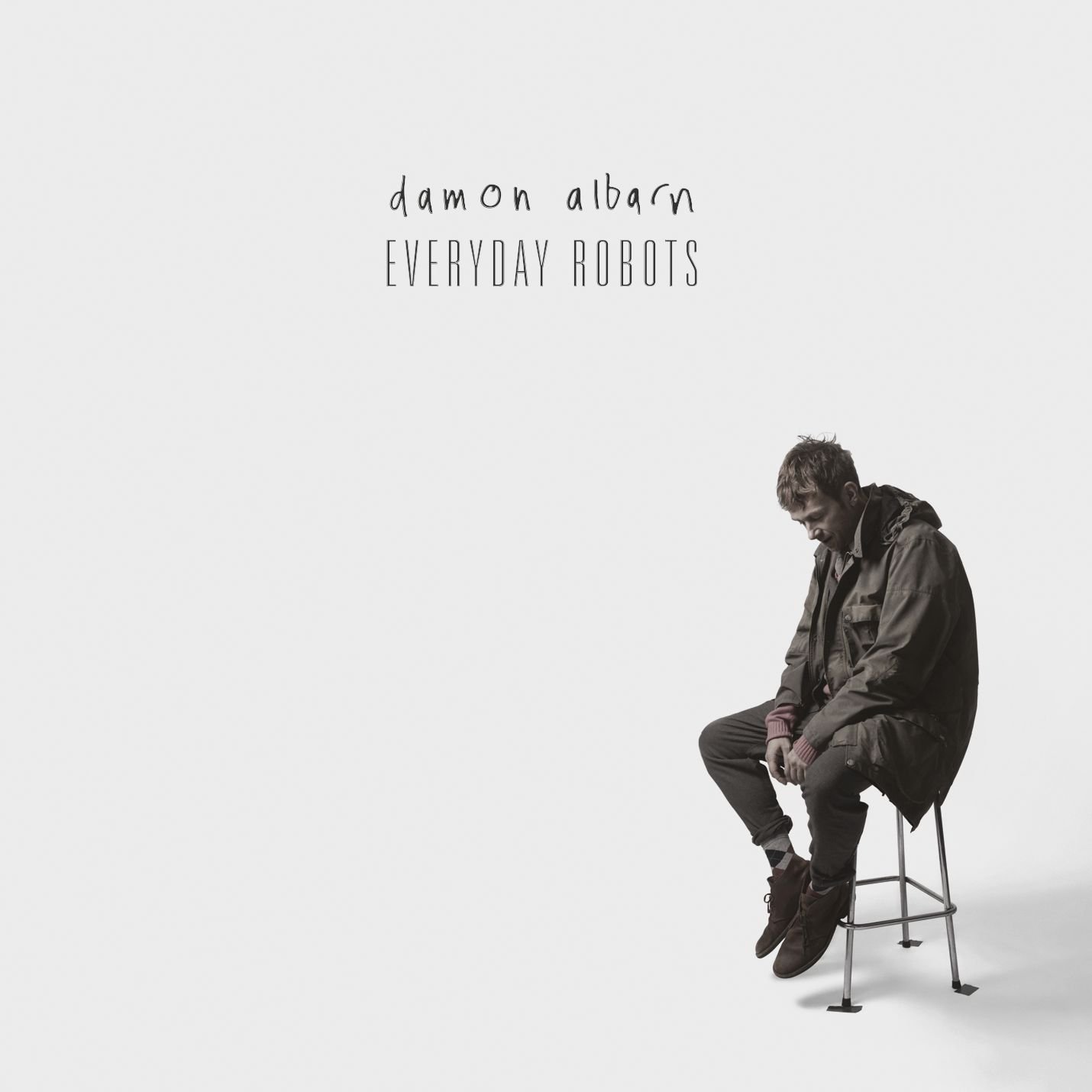 Damon Albarn, of Blur and Gorillaz fame, has always been a maverick, pushing pop music into fairly atypical, frequently imaginative territory. On his first full-length solo album, the legendary alt-rocker, working from a slower, more subdued, sonic position, has mostly eschewed easy hooks in favor of a meticulously produced palette of gray sounds. Though much of Everyday Robots is rainy day music at its most drizzly, Albarn remains a consummate artist, bringing a certain level of affable whimsy to a somewhat melancholy affair.

The record begins eerily on its title track with a 1960 sample from Lord Buckley as the former British comic declares, “They didn’t know where they was going, but they knew where they was, wasn’t it…” In the context of Albarn’s skeptical ruminations on modern technology, the quote provides indirect commentary on our contemporary sense of self, and our present reliance on digital tools to locate and ground us. The album itself relies heavily on these same digital tools and tricks, but the immaculate production employed serves largely to underscore the soul-void such crutch-like dependence on technology incites.

“Mr Tembo” stands as the solitary ray of brightness in Albarn’s cloudy skies, an enjoyable world beat breather interrupting the puddle-hopping gloom that Everyday Robots specializes in. Though use of sound bites, strings, and percussive quirks curbs the oppressiveness, on the compelling “Photographs (You Are Taking Now),” Albarn best describes his record’s tone: “Flying over black sands in a glass aeroplane / Crashing in slow motion.”

The mid-tempo chorus-driven closer, “Heavy Seas of Love” lands Albarn’s “glass aeroplane” smoothly enough, yet Everyday Robots is more of a grower than an immediate pleasure. Containing guest appearances by Bat for Lashes and Brian Eno, the album is fully fleshed rather than rote and mechanical. But even if Albarn is the opposite of an “everyday robot,” his work has lost some of the sly, winking, human joy it once conveyed.