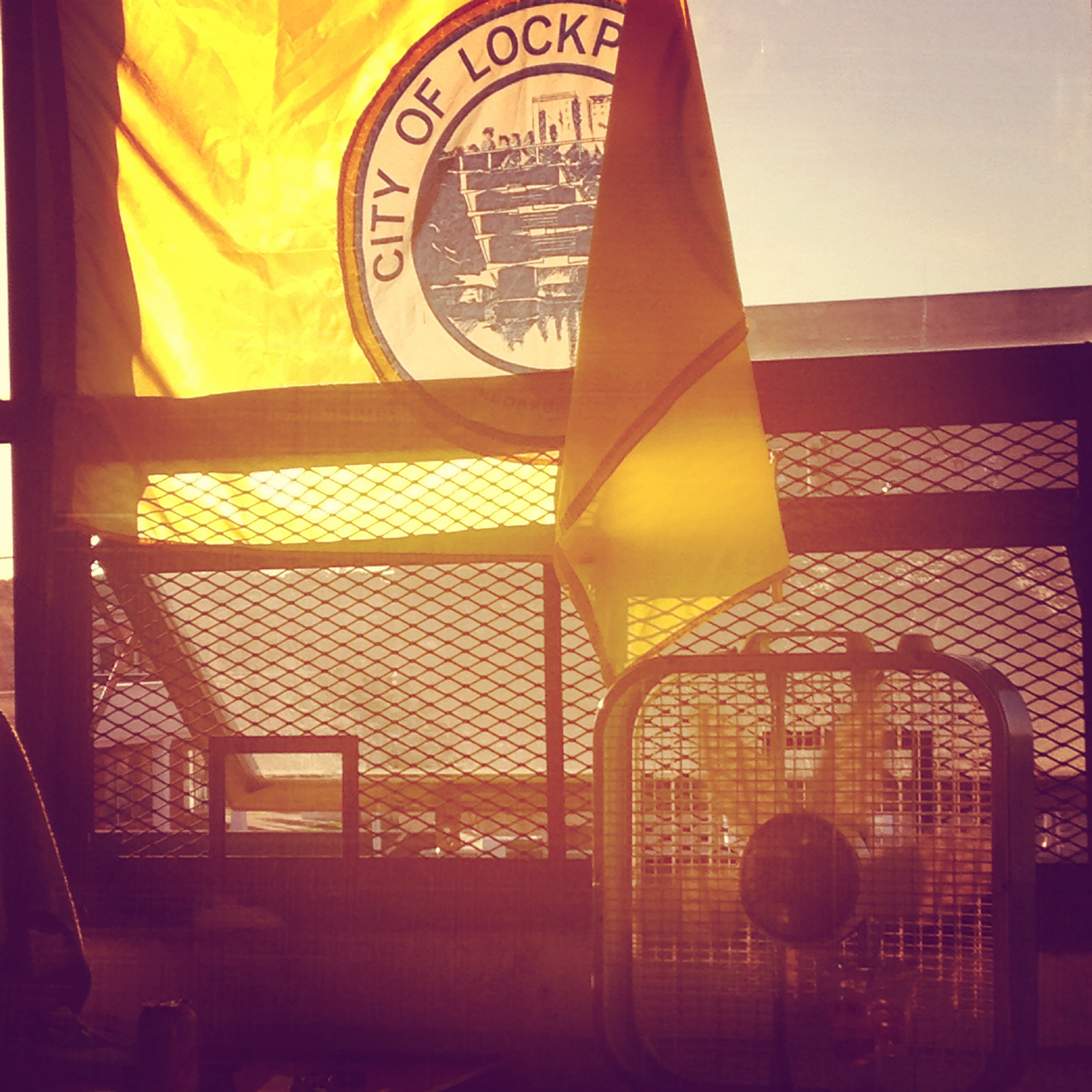 By all accounts, Johnny Nobody is a forgotten band. The trio of Lockport natives—Andrew Vaeth (guitar/vocals), Colin Roberts (bass) and Jay White (drums)—haven’t released an album or been out on tour in over three years. According to the now-thirty-something Vaeth, he may be old to even be in a band.

“I’m getting too old for this shit,” he coyly said with his signature crooked smile, eyes hiding behind his Ray Ban sunglasses. “Oh, what are you doing tonight?” he said, mimicking what may have been an actual conversation. “Oh, my band is playing at this shitty bar, and you should definitely not come.” Roberts smiled and shook his head from the backseat of the moving van.

Vaeth jumps onto the 190 North to make the thirty minute trek to Lockport, New York, where Nobody now rehearses.

“You ever been to Lockport?” he asked. I shake my head no. “That’s probably a good thing,” he said with another smile.

The Harvestsum alumnus Johnny Nobody has been exiled. Well, exiled may be a bit too dramatic of a word, but they have found refuge in Lockport for rehearsal purposes, ever since their home away from home, Mohawk Place, closed down over a year ago.

“When that place closed… it’s like… it’s like a part of us died,” Roberts said of Mohawk.

“Well, I think that’s a bit of a dramatic statement,” Vaeth retorted.

“No seriously,” Roberts argued, “it was the perfect place for a band.”

Vaeth nods and shrugs in agreement. “Especially for a band at an impressionable age,” he concurred. “Now that we’re all in our early thirties, we can’t walk into these joints anymore, and be like ‘I’m going to become part of this gang.’ No, you’re not! Everybody there was pretty much cut from the same cloth, the same gross,” he laughed. Roberts smiled too.

“When we first started out, it wasn’t cool to be a rock band,” Vaeth remembered. “It was like, ‘Hey guys, you want to come check out our rock n’ roll band?’” Insert a sarcastic thumbs up. “No, of course they didn’t, but we didn’t care, we just wanted to play.”

They played their first show on March 29th, 2001 at the now-defunct Cloud 9 on Main Street in North Buffalo.

“We really enjoyed it there because they were generous about serving alcohol to kids,” Vaeth reminisced.

Shortly after playing shows at Cloud 9, and a few Artvoice festivals, Johnny Nobody found their real home, a home to a lot of bands, Mohawk Place.

White concurred, “That place, and especially Pete [Perrone], welcomed us in, immediately.”

In 2003, Nobody put out their first record through the Harvestsum collective, a label that is still kicking its legs these days.

“The whole idea,” Vaeth said of Harvestsum, “was that every band on the label was there to help out the other bands. If you recorded a record, and made a little money, we’d give it to the next band so they could put a record out. A band would break up and a new band would form, usually with the same people. That’s it really, just a collective of people who play together.”

Nobody likes to remember their glory days as a touring band.

“We were lucky enough to have jobs where we could leave,” Roberts recalled. “You’d go to your boss and be like ‘Yeah, so can I have like six weeks off in the middle of the summer?’”

“Yeah, that was our thing,” Vaeth said, as White interjected, “’Hey, at least you don’t have to work today.’”

The trio has no illusions that they didn’t know what they were doing when it came to touring.

“You’d just get told no, a lot,” Roberts remembered. “We never booked a tour. We were calling places. We were like 20, not even of age yet, playing bars and shit, and this was when Myspace was still a thing.”

They even played, SXSW, unofficially.

“We weren’t officially accepted by SXSW, but we played it!” Vaeth said.

On their last tour, Nobody even made money, $150 to be exact.

“It was really taxing. We were really gung-ho about doing everything ourselves. We needed help and we didn’t know where to find it,” Roberts said. “I just remember sitting in the hot van, in somewhere like Alabama, and just being like ‘FUCK this sucks,’ and that’s the thing, if we had air conditioning that would have made the world of difference,” he added as White and Vaeth smirked to themselves.

The glory days for the trio of thirty-somethings may have passed, just like their tenure at Mohawk Place, but don’t count the boys out—especially with a new record on the horizon. In true Johnny Nobody fashion, the yet-untitled third record was recorded over a year ago, with Matthew Smith at his Hi-Lo Studios.

“At the time, we had the idea of let’s get this out real quick, which obviously didn’t happen,” Vaeth said, adding, “Back when we used to tour, we had this mentality that you have to constantly put stuff out, to get some form relevance. For us, it wasn’t ‘we have to stay relevant,’ it was more ‘we have to be relevant.’ Now I think we can take our time with it. It’s more of a hobby at this point, not to say it won’t become something more serious at some point. I’m sure all of us have had some feelings of wishing we were doing that again. I certainly do.”

The new album is set for a spring 2015 release, and will be released on vinyl.

“We definitely want to do vinyl, because we’ve never done it before.” Vaeth said. “Cassettes are making a comeback too, but I don’t know if we’re going to do a cassette. I love cassettes, but I don’t pop in a cassette and say, ‘Hey man, listen to that cassette sound!’”