Johnny Cash – Out Amoung The Stars 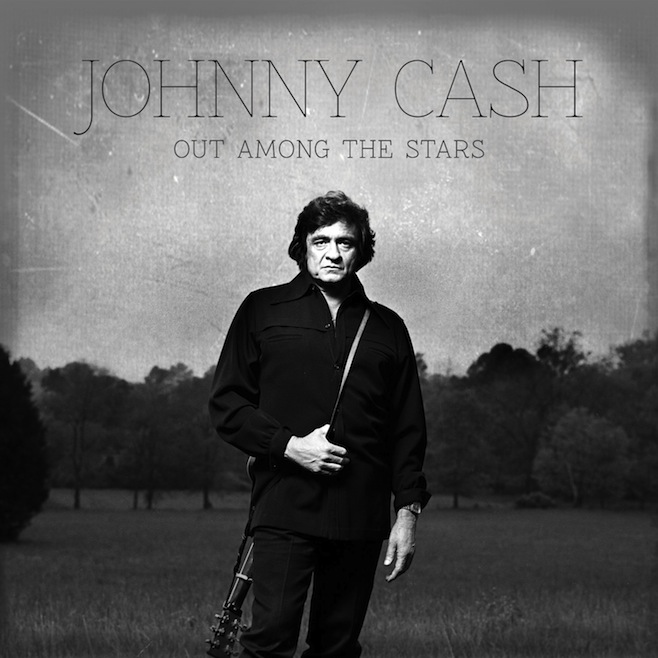 It’s hard to believe that over a decade after his death, Johnny Cash is still giving us new, baritone-riddled insights to chew on. Or maybe it’s not, given the many stories that seem necessary to accompany a life held by such a prolific personality. In his fourth posthumous release, Out Among The Stars endows listeners with just a few more narratives, realizations, and introspective absurdities from a man who rambled along the volatile path of addiction, god, flailing integrity, and poetic emotion that so characteristically dubbed him country’s humble outlaw—the Man in Black.

Recorded in the early ‘80s and shelved by his then-label Columbia Records, the twelve-tracked compilation features two originals (“Call Your Mother” and “I Came To Believe”) nestled comfortably among—though slightly overshadowed by—a series of covers and duets that only seem to bolster Cash’s steady knack for reinventing and transforming the songs of others into refined works of his own.

A lofty title track opens with an existential tale of despair, and in a classically Cash way, strives to pour beauty into the gruesome after a young protagonist meets his tragic demise in a liquor store hold up. As he sings “He knows that when they’re shooting at this loser/ they’ll be aiming at the demons in their lives,” you find yourself sympathizing with the deeper side of a boy who, exhausted by life’s burdensome roads, decides to give up. Reminiscent of the self-proclamations made in “Man in Black,” Cash finds a way to bring us onto his side of the stage, giving some insight into his own drive to serve the man less fortunate.

The ensuing choice of covers seems to echo a similar moccasin-swapping cadence. In offering somewhat of an uncanny juxtaposition, the album powerfully integrates the reflective nature of a man just out of rehab with an air of lightness in his looking to a future promising and bright. Songs like “If I Told You Who It Was,” playful and coy if not strangely upbeat, point towards the lighter side of Cash that does not hesitate to write a “Chicken in Black” or a “Boy Named Sue,” while duet “Baby Ride Easy” serves to kindle up a more endearing look into the strong chemistry he shared with his stage-partner turned wife, June Carter.

Undoubtedly though, the Man in Black leaves his most lustrous mark on another cover, “She Used to Love Me A Lot,” wherein wistful desire underscores the chance-meeting of past lovers.  With lyrics like “We could spend the night together/ Take up where we left off/ She used to love me a lot,” the listener is taken on a rolling journey through the hopeful romantic kind of buildup that can only really end in the shattered imaginings of an ego over-inflated by faulty presupposition.

As the album flows on, the comfortable variety of its tracks invariably seems to hold some larger type of purpose inside its long overdue release. In reading the opening note from John Cash Carter, who discovered the now deemed “lost album,” you can’t help but get the sense that it is less a series of forgotten tracks from an old country legend, and more a son’s honest plea to give the world a wholesome and more delicate view onto the multi-faceted man he always knew his father to be.