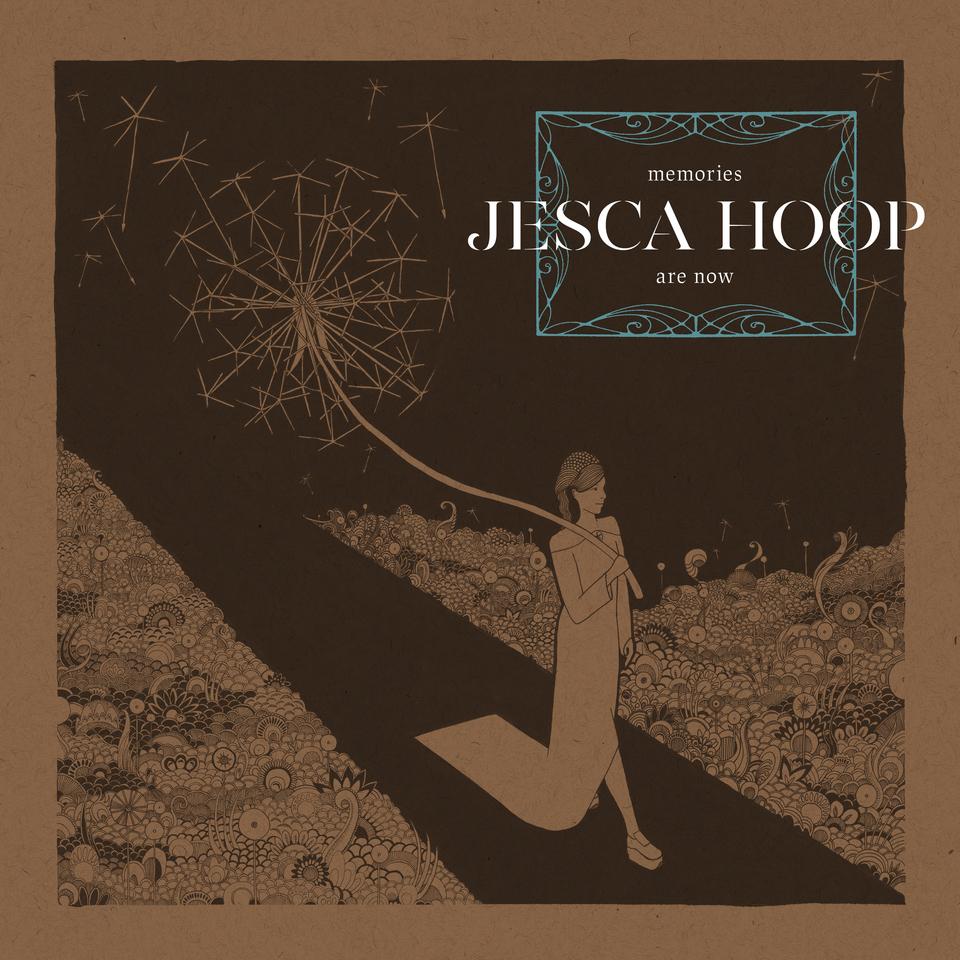 Less than a year after the release of her duets album with Sam Beam, Jesca Hoop is back with an album of her own. Memories Are Now is the singer-songwriter’s fourth overall solo studio album, and solo debut for Sub Pop records. The new release is arguably her most realized and finely produced collection of songs to date.

The veteran is known for her experimentation across an array of genres, from folk to jazz, rock to pop, blues to electronic and beyond. On Memories Are Now, she weaves her familiar eclectic tapestry, with some added layers. Mantra-like passages draw influence from African rhythms, and ambient overtones round out these compositions. Overtop of it all floats Hoop’s signature mid range voice, ethereal and lilting. Lyrical, she is socially engaged, rooted in the Now, and offers a tinge of political awareness. Her sly, grungy electric guitar licks pair well with the biting and almost sarcastic tone of her words.

The record opens with the pulsing bass of the title track, with vocal flourishes giving way to the exclamation: “Memories are now!” Hoop skips willfully and wryly between moments of haunting ambience (“The Lost Sky,” “The Coming”) and tender indie-folk (“Simon Says,” “Pegasi”). On standout track “Animal Kingdom Chaotic” she clacks about delicately, her hypnotic melody accompanied by ornamental percussion hits. The nimble bounce of her voice warns of a life lived virtually through screens, repeating comebacks like “take back control” and “…but the computer says no.”

Jesca Hoop’s latest release is conscious, visceral, intriguing and witty. Memories Are Now suggests the establishing of a defining sound, and has all the makings of a breakout record. Her voice is one of the more unique ones in indie-rock, and one that’s demanding to be heard.