God Help The Girl Opens at the North Park Theatre 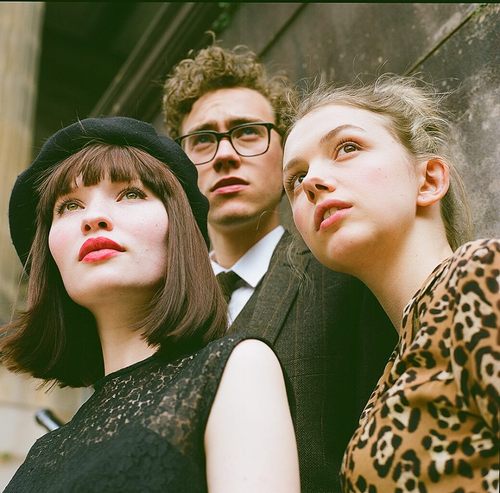 One of the most exciting development in Buffalo this year has been the rebirth of the venerable North Park Theatre on Hertel Avenue. Beyond the wonderful ongoing renovation efforts restoring the theater to a condition minter than in our wildest dreams, it’s the revamped programming made possible to the upgraded digital projection system that’s re-positioning the North Park as one of the cultural focal points of the city, with an Italian film festival, a well curated family matinee series, and other special shows like Monty Python Live and the NY Films Critics series. This bold programming continues this weekend with the local debut of international indie film God Help The Girl from Belle & Sebastian’s Stuart Murdoch.

Originally a girl group offshoot of Belle & Sebastian featuring songs by Murdoch written from a female perspective, the work evolved into a cycle of songs and a script and low budget indie movie once Hollywood producer and Belle and Sebastian fan Barry Mendel (Rushmore, Royal Tenenbaums, Life Aquatic, Sixth Sense, Serenity) became involved. Starring Australian Emily Browning (Sucker Punch, Sleeping Beauty) and UK ingenue Hannah Murray (Skins, Game Of Thrones), it’s about a mental patient named Eve who escapes from hospital, forms a pop group, benefits from the healing virtue of art, and finds young love over the course of an idyllic Scottish summer, which is actually perfect now that our glorious second summer is coming to an end.