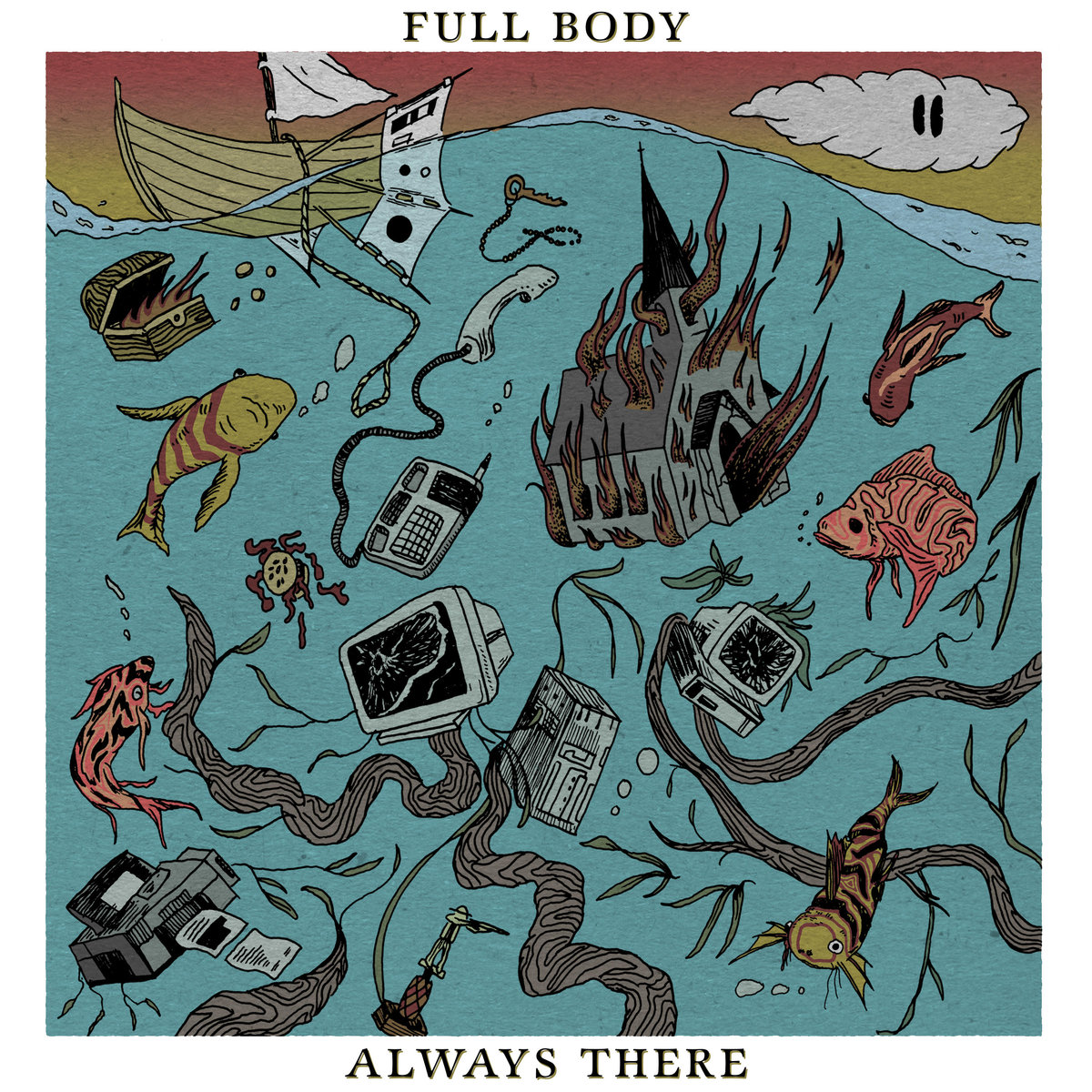 Waste not, want not. If one uses their provisions wisely they will never be in need. Rochester-based band Full Body apply those wise words to their musical prowess, and it resulted for them in a wide ranging new album, Always There. Following their much applauded debut record, What’s Good?, Full Body have created a separate, and at times manic, new world.

Full Body found themselves recording their sophomore effort away from their home turf. They tracked down to Headroom Studios in the bustling city of brotherly love, Philadelphia, PA, and worked with engineer and producer Scoops Dardaris.

Track number one, “Small Voice (Still),” kicks the album off with slow sludge drums accompanied by metallic and beautiful guitar chord picking. Vocals hover over the main melody, and lead singer Dylan Vaisey long-windedly sings the main character’s motivation with the simplistic self-centered line, “I’m here for myself.” “Small Voice (Still)” lays down the blueprint for the remainder of the album, which display’s the band ability to construct and play songs without following standard structure.

Their belief pays off on the next track, “Looked at the Picture.” An undeniable upbeat rhythm carries the whole of the song while the guitar riff doesn’t need to do much more than repeat itself in order to add groove. The entire song clocks in at 1:51 seconds, adding to the song’s message of overcoming an unwelcoming feeling with haste.

Balancing out the album, track three, “Alias,” cuts down the middle with an overdrive pop melody reminiscent of early Nirvana. The vocal delivery comes across tight and controlled, belting out the chorus, “I know who you are now, Alias,” with great force that makes you picture the confrontation of calling out someone on their bullshit. Vaisey constructs characters with a gentle ease.

Finishing out the album Full Body marks their territory with the blossoming, and aptly named tune, “Sonic Bloom.” The tension surrounding the song escalates as the driving guitar riff locks in step with the drums and then cuts out into sporadic and syncopated wails. An all out frenzy, like riding down a mountain on a burning horse and carriage, builds until the climax of Vaisey crooning in come down fashion, “It feels good to obey.”

Ultimately, we are a sum of our surroundings and belongings. Full Body explore musical ideas with wonderful abandon, and preach their message, no matter where you go, you are Always There.