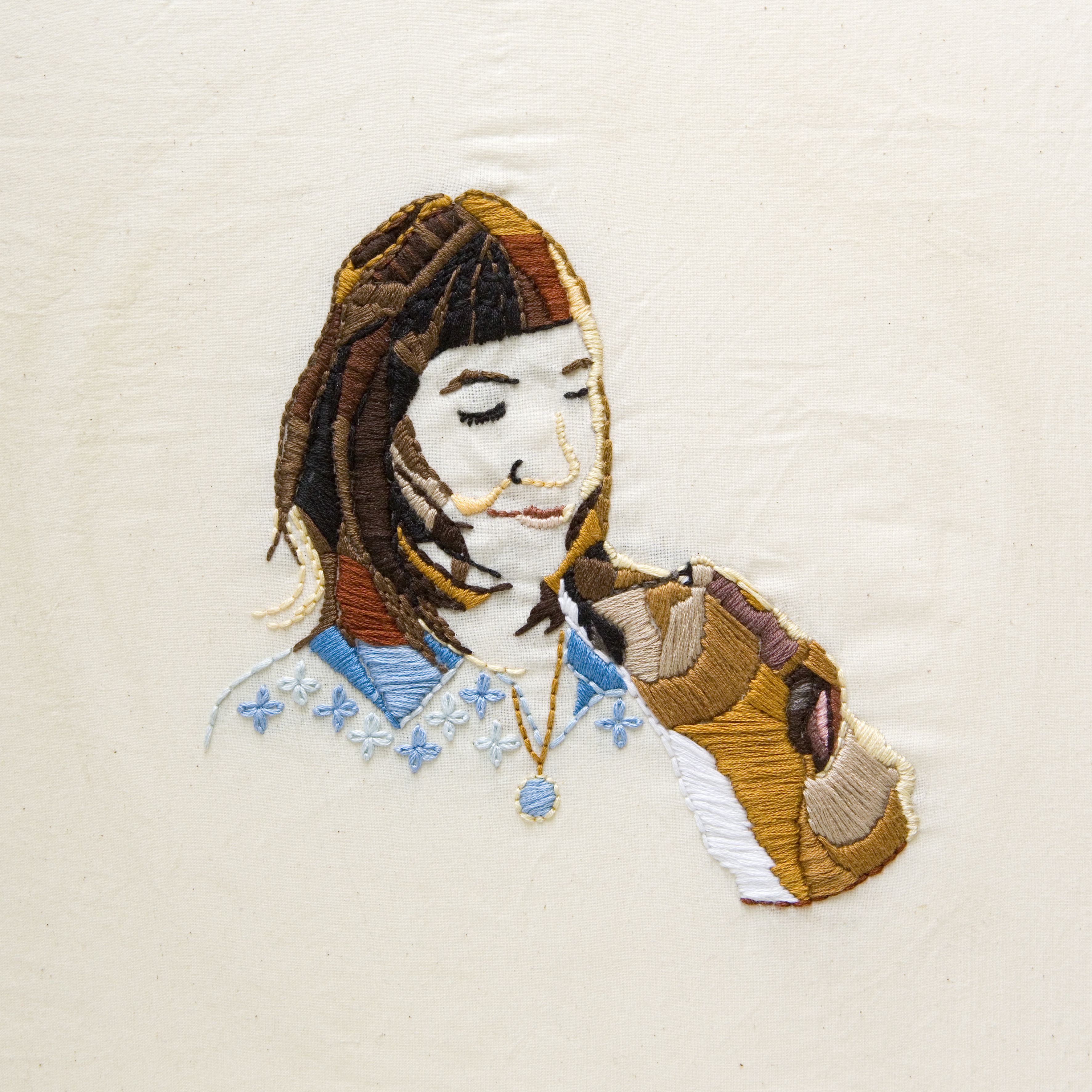 I remember a couple of years ago when I stumbled across a collection of demos from Eskimeaux on an “album” titled Igluenza. Eskimeaux was a name I had heard mentioned constantly, being interested in many bands in the budding lo-fi scene out of Brooklyn.  I almost instantly fell in love with the innocence, honesty, and simplicity of those demo recordings.  Digging farther back into the project’s catalogue, I could tell that founding member Gabrielle Smith was certainly onto something from the beginning.

When Smith first started what would become Eskimeaux, she was making tracks which were much more avant garde in nature, featuring ambient, drone inspired, experimental electronics.  Out of these humble beginnings, Smith began to embrace more of a bedroom pop, glo-fi sound. After enlisting the help of members of the art collective, Epoch, including Felix Walworth of Told Slant, the project really seemed to find itself

After seeing the track listing for O.K., I was interested to see that over half of the tracks on this new record were re recordings of demos on Igluenza. After growing to love the sound, I was pretty nervous that the charm of the recordings could be lost, but I was pleasantly surprised that not only was the charm of these tracks still present, but Smith had turned these tracks into incredibly warm, well crafted, and immaculately produced songs.

The best example of this sonic transition is the second track on O.K., “Broken Necks.” The demo was just what you’d expect out of a lo-fi bedroom pop project: simple and plain, featuring a drum machine that seems like the sounds came out of a children’s toy, and incredibly light, distant vocals.  On O.K., “Broken Necks” is transformed from a somber tune. lamenting over a failed relationship into an almost danceable pop song. Unlike the demo, Smith’s delicate voice actually seems to take charge while floating over the bouncy drums and synthesizers.  After an instrumental build at the song’s conclusion, Smith floats back into the mix, directly offering some sort of comfort to the listener, delicately singing “don’t forget to take your shirt off, run into the water / the birds are singing louder and the days are getting longer / open up your hands and accept that this is ending / nothing in this world is holier than friendship.”

This is a common theme on O.K. Smith translates her past experiences and the topics of lost love, failed relationships, and longing into some beautifully crafted tracks that are not only incredibly sonically pleasing, but always seem to provide some sort of emotional support to the listener. Instrumentally, Smith and crew show a strong sense of variety that I was not expecting. The tracks on O.K. vary from ethereal acoustic folk to danceable synth driven pop ballads to classic, sad sounding, bedroom pop. No matter what the style of production, one thing’s for certain: it fits.  On every track, Smith manages to present her emotionally piercing style of songwriting in a way that creates enough tension to have you hanging on her every word, all while still being able to enjoy the instrumentation.

Simply put, this album is pop done right. Eskimeaux really hit the sweet spot on production, and all of the tracks still hold some sort of bedroom pop style charm, while managing to not seem overproduced at all. Many bands to come out of the the same scene as Eskimeaux have either stuck with the lo-fi sound that Smith first embraced, or attempted to make this sonic transition made on O.K., and failed.  It is exciting to know that now that this is possibly just the beginning for this new sound that Eskimeaux has produced on O.K. Smith has seriously come leaps and bounds from her first recordings from 2007, and I can’t wait to see where this project goes next.