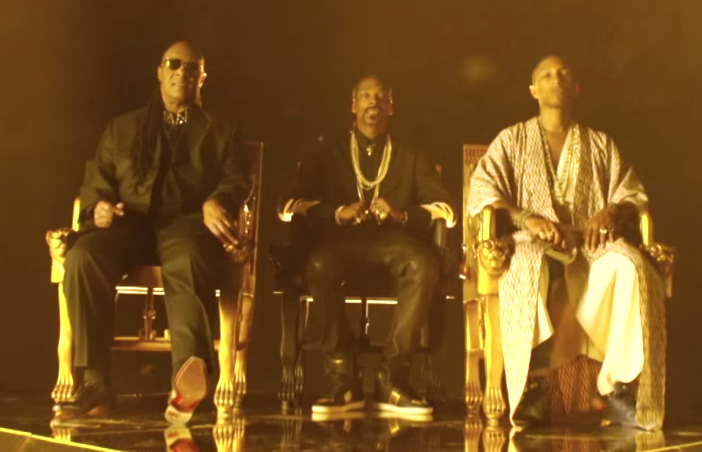 The track features music legend Stevie Wonder on the harmonica and background vocals and Pharrell (who produced the entire album) on hook duty. The video is a Jetson-esque look into the future from 1946, with curious appearances of Egyptian symbols and landmarks. Stevie, Snoop and Skateboard P are decked out in black and gold, and Snoop’s slow-motion c-walk might be the coolest thing captured on video. Check it out below.