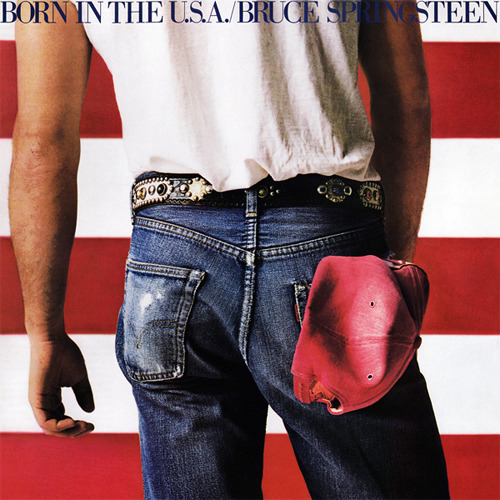 America – better known as Murica -is celebrating its 238th birthday on Friday. And that seems like a perfectly good excuse to get drunk and enjoy some barbecue (note: do we need an excuse?). So, with that in mind, we presented this list of songs that will make of 4thof July party even July-ier than last year.

Are you swelling with patriotic mucus yet? You can claim to be to cool for Neil Diamond, but this song is just fuckin’ awesome. Every time that flag unfurls, THEY’RE COMIN TO AMERICA! TODAY! Right on! Forever in blue jeans!

Ok, this is a bit more subdued, but it does describe another key part of and Indepedence Day: awkwardly trying to decide if you should make a move on the girl you’re watching the fireworks show with. Ah, Jimmy Eat World, you could describe teenage awkward with such insight.

A lovely tune from the Boss’s second album about walking spending the 4th on the boardwak with a pretty girl. Plus, is there anything more American than Bruce Springsteen? I highly doubt it (he’s on the list again, later).

Ok, I’ll be honest – in order to make a list of patriotic songs that didn’t verge into jongoistic Toby Keith territory, I had to cheat a little bit. I basically just searched Spotify for songs called “4th of Juy” and “Independence Day” because that worked better than posting the Alan Jackson song from after 9/11. I think it was the right call. Who doesn’t love Galaxie 500?

And who doen’t love this classic X song? Yes, they were well past their punk heyday at this point, but this was still a wonderful tune that became a well-deserved college radio hit for the band.

I hated this song when it came out. And I’m sure there’s plenty of people who are a lot cooler than me who still hate it now. But I’m not made of stone, and I couldn’t resist its bubblegum pop charm forever. Plus, it’s hard to deny that it’s the absolute perfect anthem for 4th of July partying.

NOFX – “We Called It America”

Ah, this will easy my guilty conscience over the last pick a bit. This number features the leftist punks providing an alternate – or more accurate history – of the founding of our fair nation. If you feel a bit weird sugar-coating America’s troubled history in favor of hot dogs and fireworks, this is the 4th anthem for you.

I warned you the Boss would show up again. You could argue this is a cheat because it refers not to the actual holiday but to a woman starting over after leaving a bad relationship. Either it’s this or the Martina McBride song, and I think we’re all tired of that. Plus, again, the Boss just is America.

One of their best songs: a tale of getting on the road, and looking for America, whatever that might mean. Indeed, I’ve dreamed of traveling the country going through small little towns, eating at local diners, and figuring out what makes this country so fucking great anyway. This song certainly inspires feelings on wanderlust. Also, Yes did a great cover of it.

Yes the Godfather had better hits, but he could still pack ’em in in 1986. And this song from Rocky IV would prove to be his last really big smash. You cannot deny that sax. Oh, and the Springfield Elementary band did a great cover of this only to be robbed by those cheaters from Ogdenville and their glow sticks. Never forget!