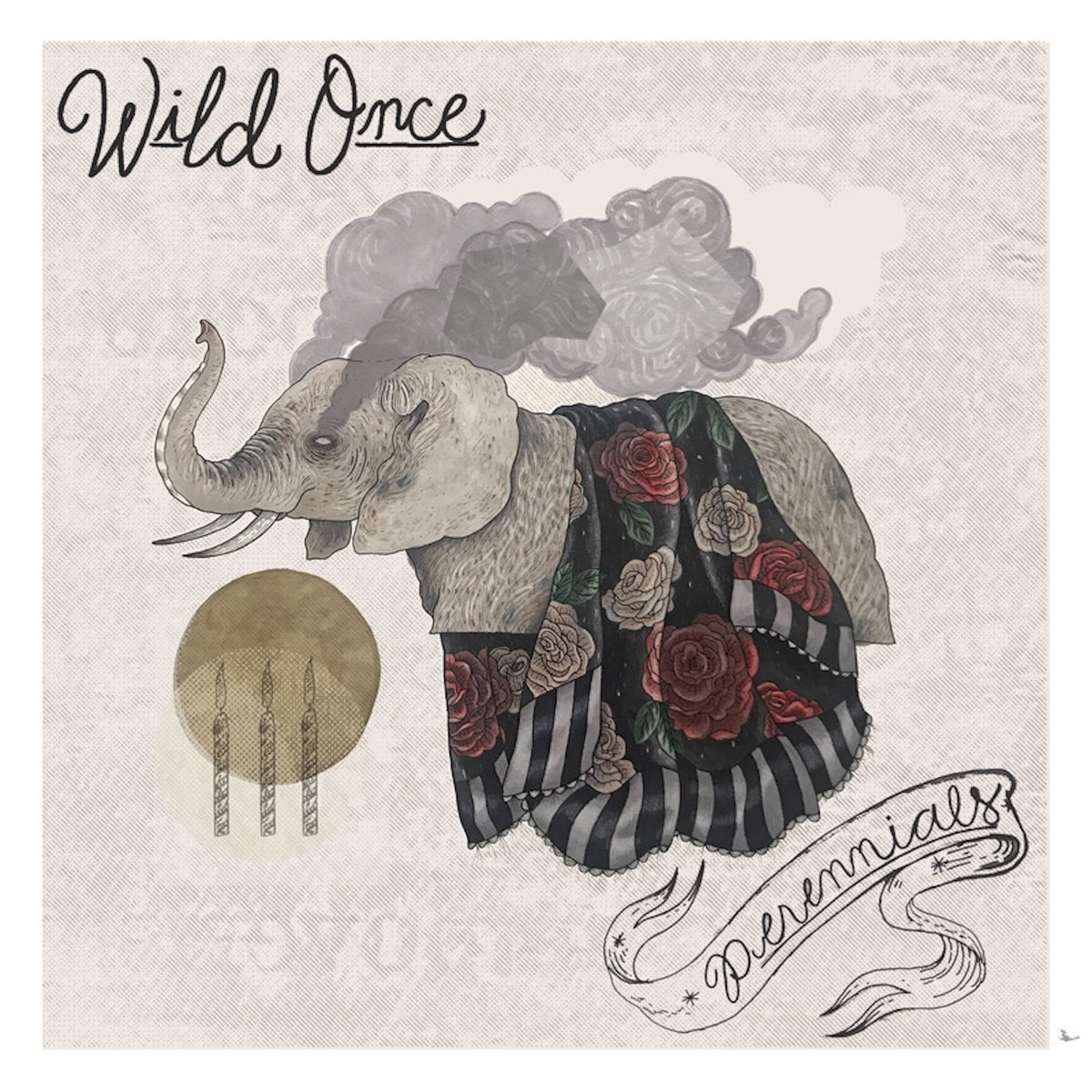 There’s something romantic about the concept of perennials. For those without a green thumb, a perennial is a flower that lives for more than two years – sticking around to poke their colorful heads out of the snow or blooming wildly throughout the summer before being murdered by the brutal Buffalo winter year after year.

Wild Once knows a little something about rebirth – despite the death of their past projects (Rust Belt Lights, As Summer Dies), they’re still here and they’ve continued to create music. They’re a group of guys on the “wrong side of 30” (those are their words, not ours – see “Perennials”), but there’s a valuable, intangible kind of experience that comes with age. A vague punk influence still shines through here, but Wild Once’s music falls into a nebulous area between emo, pop-punk, and indie rock. Tinges of The Get Up Kids and Transit shine through as equally as The Killers and The National.

“Reruns” kicks off the five-song EP with a swirling guitar riff. This one was a perfect choice to kick off Perennials (and wound up becoming my personal favorite); it’s an upbeat song with a peppy tempo and some of the catchiest hooks on the album. From here, you get a taste for Wild Once’s formula – they’re a guitar-driven act, matching twinkling guitars with tasteful overdrive, bolstered by nimble bass lines and tasteful drum fills.

Singer Tom Mayer’s distinct vocal timbre also really colors these songs, somehow evoking The National as equally as The Menzingers. It’s a mature take on an otherwise distinctly emo delivery. Title-track “Perennials” finds Mayer addressing his “honey” with a sultry, hushed baritone. In “White Elephant” and the rip-roaring “Detatchment,” he throws in a few gritty growls for good measure.

If anything, Perennials is a group of talented musicians on the right side of 30 – reconciling their raucous past with a tasteful restraint that can only be acquired through life experience. Perennials is out now on Admirable Traits Records. Check it out on Bandcamp.