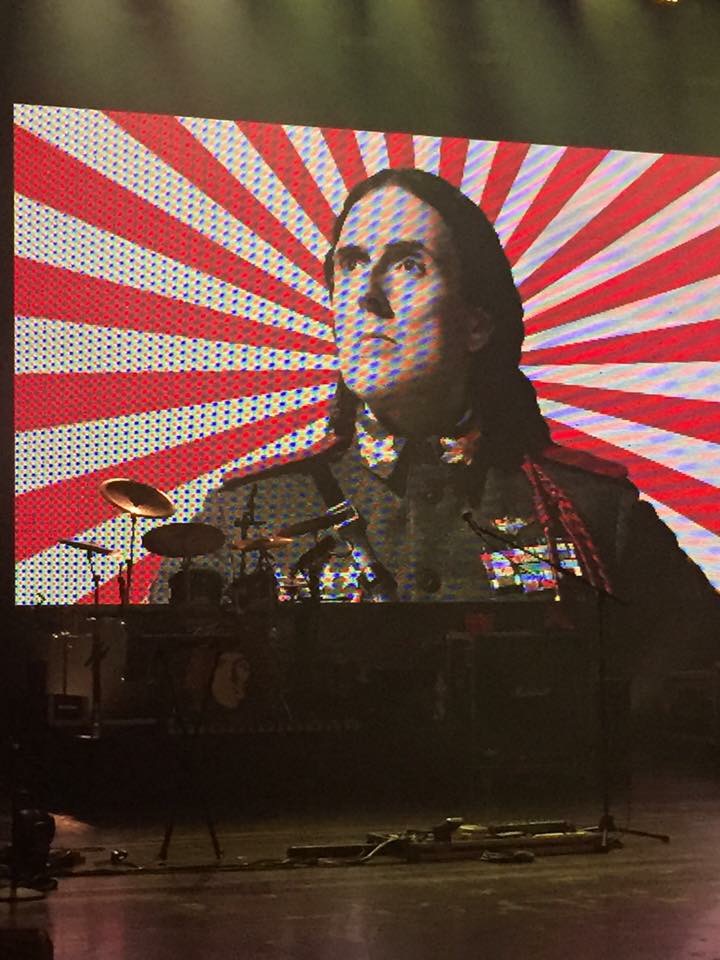 Weird Al is typically viewed as a comedian more often than a musician. In the public’s eye, musicianship is hard for any comedian to earn, especially one that parodies. So before going to Weird Al’s sold-out show at the Center for the Arts last night, I thought of it more as a chance to see a legendary comedian than a rock star. But then again, would I be this excited to see a comedian who I could recite (sing along with?) most of their punch lines?

With an extensive songbook spanning decades of musical genres and pop references, the show was not only a culmination of Weird Al’s career, but also a two and a half hour history lesson of our modern culture—from Jeopardy to Forrest Gump to eBay. And like many artists who have too many hits to play, songs would run into one another in long, tightly choreographed bursts. Hearing both his old and new songs in succession like this truly highlighted how his satire works—he captures not only popular songs of the times, but also our mindsets during those times. It was telling that two of his most recent songs, “Party in the CIA” and “Foil,” deal with our justifiable paranoia about privacy in a digital age.

But when it came to his new hits and biggest classics, he gave each the special treatment. He had the hat, beard, and butter churning moves for “Amish Paradise,” he had the Robin Thicke/Beetlejuice suit for “War Crimes,” and when it came time for the legendary “Fat,” he broke the record for the shortest amount of time to get into a full body suit and make up. My personal favorite was when Al, in a puffy white shirt lit by candlelight, sang an acoustic version of “Eat It” with Unplugged “Layla”-style guitar strumming. Audiences only needed a note before chiming in with every lyric, whether from his recent viral video rollout or a classic cut like “Another One Rides the Bus.” For the finale, I was screaming along to “Yoda” as if it was the Kinks singing about Star Wars.  Were we all part of a larger parody, acting out the rituals of a concert? All I can say is when Weird Al held up his accordion for the first time, like Jimmy Page with a double neck guitar, and the bright lights amplified with the crowd’s scream, it certainly didn’t feel like a joke.

In a culture where there is shame in being mainstream, it’s fair to ask after playing a sold-out show off a number one album: Is Weird Al still weird? Well for me personally, the weirdest part of the show occurred when Al was jamming out a polka-pounding version of “Get Lucky” by Daft Punk. My ass had begun to move. It found the beat from my chair and had begun to sway, genuinely and without irony.