Weezer – Everything Will Be Alright in the End 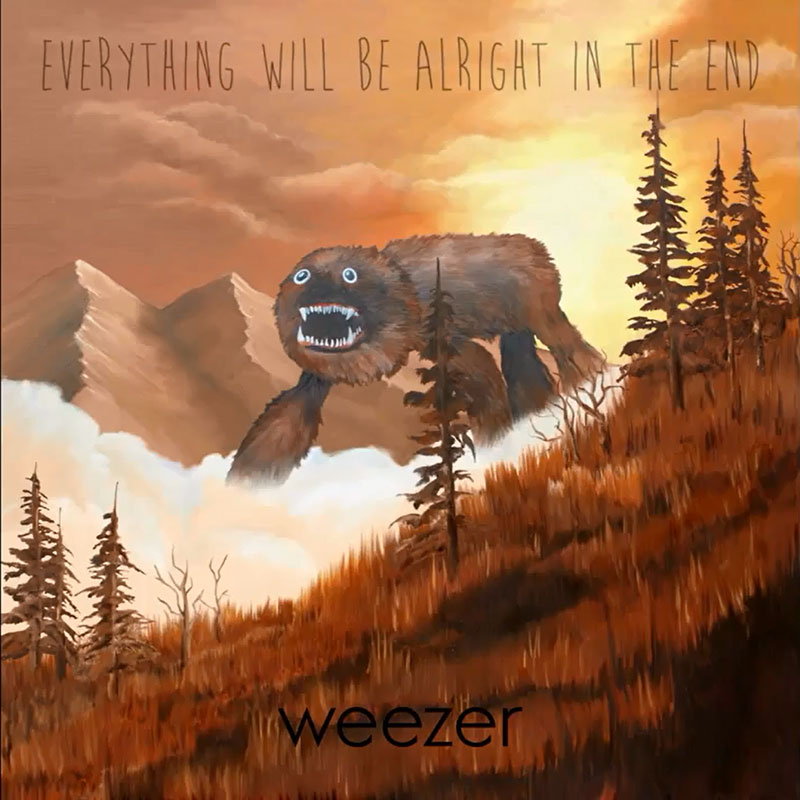 Make no mistake: despite the well-trodden narrative of 21st century Weezer as the sad, emotionally dead carcass of a once-great rock institution, the past 14 years have been good to Rivers Cuomo and co. Though critical and fan consensus regards their work in the 2000s as unequivocally terrible (which it is, by and large), none of that really affected the band in any discernible way, either commercially or emotionally. They continued to pump out shit albums with shit covers and shit lyrics, and even managed to find their biggest hit along the way with 2005’s “Beverly Hills.” They continued to tour, they sold Snuggies, they had their own goddamn yearly musical cruise. You saw them live when they came to town, you rolled your eyes as they played “We Are All on Drugs,” and then you started screaming when the iconic opening drum fill to “Undone (the Sweater Song)” kicked off the encore. 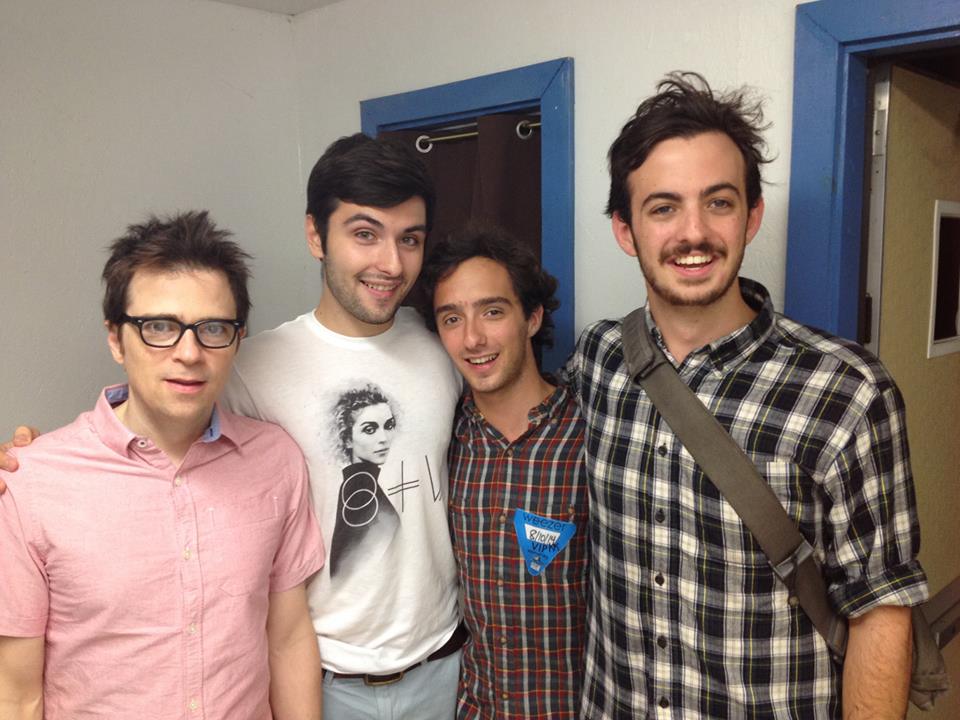 All of which is a long-winded way of saying that the idea of new album Everything Will Be Alright in the End being a “comeback” is a bit of a misconception, one perpetuated more by wide-eyed, hopeful former Weezer fans than by anything the band has indicated or is in need of. The implicit idea behind all this talk is of the nebulous idea of “relevance,” and considering the band’s first two albums painted Cuomo as a D&D-obsessed nerd who loved Kiss and masturbated about underaged Japanese fans, “relevance” has never been a part of Weezer’s schtick. And all the hallmarks of a latter day Weezer album are in effect here: the presence of corporate co-writer credits in the liner notes (with Demi Lovato songwriter Josh Alexander sharing writing credit on “Lonely Girl” and “Da Vinci,” and Avril Lavgine lacky Jacob Kasher on first single “Back to the Shack”), often clunky lyrics (on “Da Vinci,” Cuomo tells his crush that “I looked you up on Ancestry.com / There was no record of dad or of mom”), and, of course, embarrassing cover art. So it’s not an unprecedented comeback, or a “return to form,” or whichever abstract adjective overly-excited critics may want to slap onto it. It is however, a damn good rock record, with more consistent songwriting and hook-writing than the band has offered up in many years now. The production scales back on the clinical pop sheen that helped to make Raditude and Make Believe such insufferable listens, and the band even touches on its metal roots in the closing “Futurescope Trilogy.”

And the high points of Everything Will Be Alright In The End come close to making you forgive the band for their streak of artistic failures. The easiest way to identify these high points is to check the writing credits – while the aforementioned corporately-co-written tracks offer examples of Weezer as cynical pop conglomerate (the opening Flo Rida whistles of “Da Vinci” alone will strike fear into any Pinkerton lover’s heart), and Cuomo’s solo compositions are reliably hooky nerd-rock fun (opener “Ain’t Got Nobody” and history goof “The British Are Coming” are particularly infectious), the true heart of Everything lies in Cuomo’s collaborations with his alt rock descendents. This makes sense, given the decidedly legacy-minded nature of the record (in everything from its title to the cheekily self-referential “Eulogy for a Rock Band”), and it lends the music a spirit of good-naturedness and earnest collaboration that leads to many of the record’s best moments. In “I’ve Had It Up to Here,” “Go Away,” and “Foolish Father,” Cuomo passes the torch onto younger musicians who he’s inspired, and in turn retains some of their influence. It’s fascinating seeing the results of these collaborations: “I’ve Had It,” written with Justin Hawkins, lead singer of British glam rock one-hit wonders the Darkness, livens up the normally funk-less Weezer with a bit of glammy swagger. Energized, Rivers can’t help but proclaim that he doesn’t “want to compromise my art for universal appeal / Don’t want to be mass-consumed / I’m not a Happy Meal,” before leading the band into a light-heeled prog-pop breakdown-buildup straight out of A Night at the Opera. And on Bethany Cosentino collab “Go Away,” the Best Coast singer and Cuomo trade cute, brazenly simple (or “dumb,” if I’m going to be more discerning) lyrics over Buddy Holly chords, and the whole thing is cute and fun, if a bit Radio Disney.

The heart of the record, however, lies in Patrick Stickles collab “Foolish Father.” I’ll cop to a pretty huge bias here, considering my Titus Andronicus obsession, but the outcome of their work together finds Cuomo embracing Stickles’ brand of catharsis through hard truths and loud guitars (a style of music not too different from that of the man who once sang that he’d be better off masturbating than flirting with girls) and delivering a stunning and heartfelt tribute to the complexities of parenthood. This is 2014 Weezer satisfying on all possible grounds – addressing issues that are in any way relevant to Cuomo’s life, achieving a vulnerability rare within their recent catalog, and truly rocking like it’s 1994 all over again. It’s mature and catchy and exactly what all us Pinkerton fans were hoping to hear from the guys at this point in their career. And the segue to the three-part, mostly instrumental hard rock outro feels well deserved and cathartic.

And even the low points aren’t too bad, especially by Raditude standards. There’s nothing as short-sighted and embarrassing as 2009 Lil Wayne collab “Can’t Stop Partying;” even the most perfunctory tracks on this album sound like Weezer having care-free fun, and will sound a hell of a lot better than “We Are All On Drugs” when you catch the band at your local mid-sized outdoor venue next summer (seriously, fuck that song). We’re happy, Rivers is happy. Everyone’s happy. Maybe everything really will be pretty good in the end.**

* Good for you, asshole. You realized it wasn’t them. My friends and I got to meet the band this summer. Will’s uncle is the guy who says “yeah” on “Undone (the Sweater Song),” and he got us backstage. They were cool. Rivers was awkward, naturally. Brian Bell wasn’t particularly sure who picked their singles for them. They all also took the time, unprompted, to disparage “Back to the Shack” as the worst song on the album (which it unequivocally is).

**Because the title is such an obvious review pull-line, and I refuse to play that game. Fuck you, Cuomo.