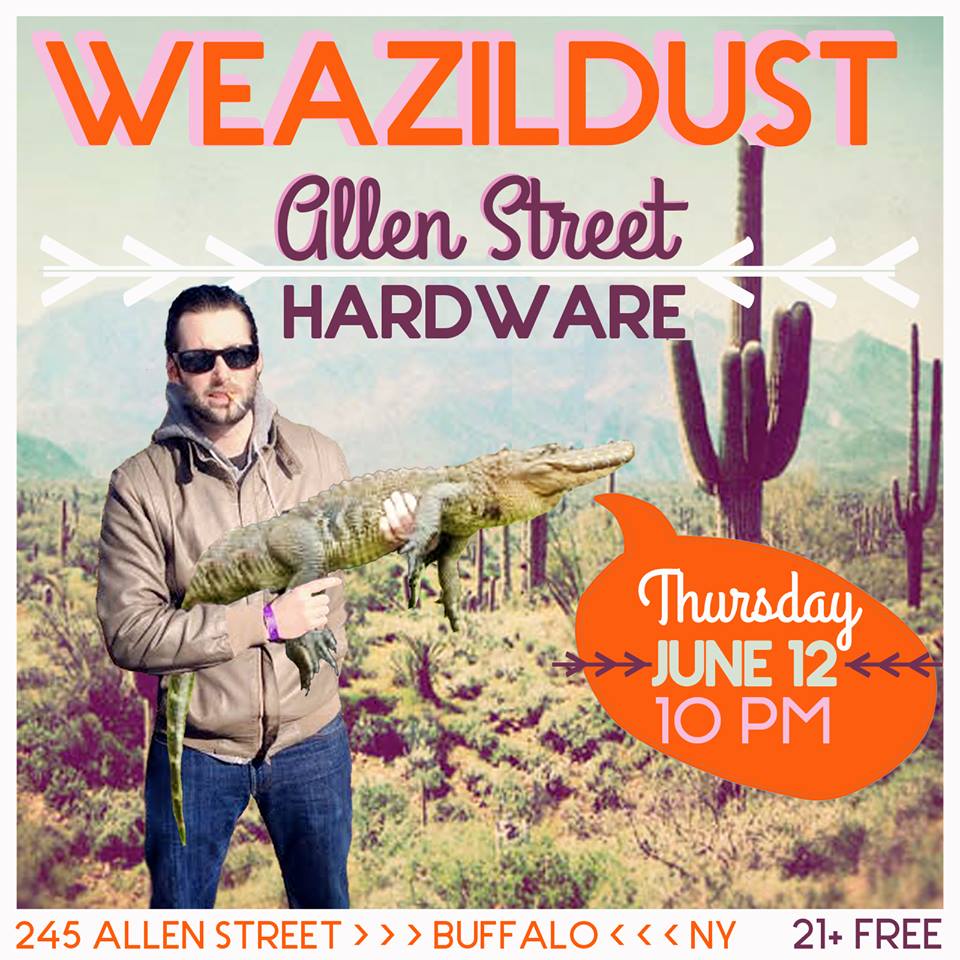 Weazildust. The name sounds like a fictional character from the tales of The Brothers Grimm stories that eats little children and turns hay barrels into piles of gold. Weazildust is not a fictional character, though. It is the stage name of Jimkata drummer Packy Lunn, who is coming through Hardware tonight at 10pm. Lunn mixes are full of energy and will make you spin magical pelvic rotations at the first downbeat. One minute it sounds like an 80’s downbeat with drum pad percussion, the next it rotates throughout disco and trance. What’s difficult for some DJ’s appears seamless to Weazildust. His transitions are layered and he knows how to work his samples. Simple enough–if you wanna get down tonight, hustle your crew and give the man a high five…it’s free.