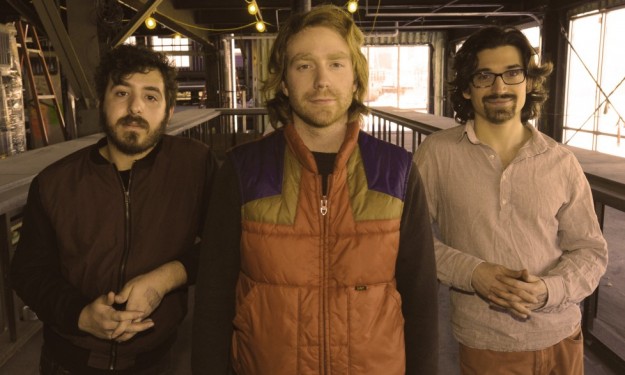 Tonight will probably be the last chance to see the Tins for free in Buffalo. The indie three-piece will host a night of upbeat tones at Mohawk Place including local favorites Brimstone Blondes, Parade Chic, and many more. With a line up totaling seven bands and a DJ set, the music will start at 7pm and is promised to “go all night.” Although free, the purpose of the night is to bring attention to the trio’s current Kickstarter campaign to raise money for both an upcoming album and subsequent documentary.

The event is being hailed as the “unofficial after-party” for the Modest Mouse show at Asbury Hall in Babeville. Following Isacc Brock’s off kilter delivery and jagged riffs, the Tins will counter with an optimistic indie sound that might leave you feeling like you and the drummer have laid the same fair maiden at one time or another. After the successful release of the group’s first full length album, 2012’s  Life’s A Gas (also Kickstarter funded), a fresh album for fans is definitely in the band’s interest. The night also offers a great opportunity to catch a huge batch of local bands (and food) you might not have seen in one night.

Not only are the Tins looking to press a new full length album, but the trio is also producing a documentary, so don’t be surprised to see a camera or two floating around the venue. The band does not have any other shows lined up in the near future, so Mohawk Place is the place to be tonight whether you’re heading to Modest Mouse or not.