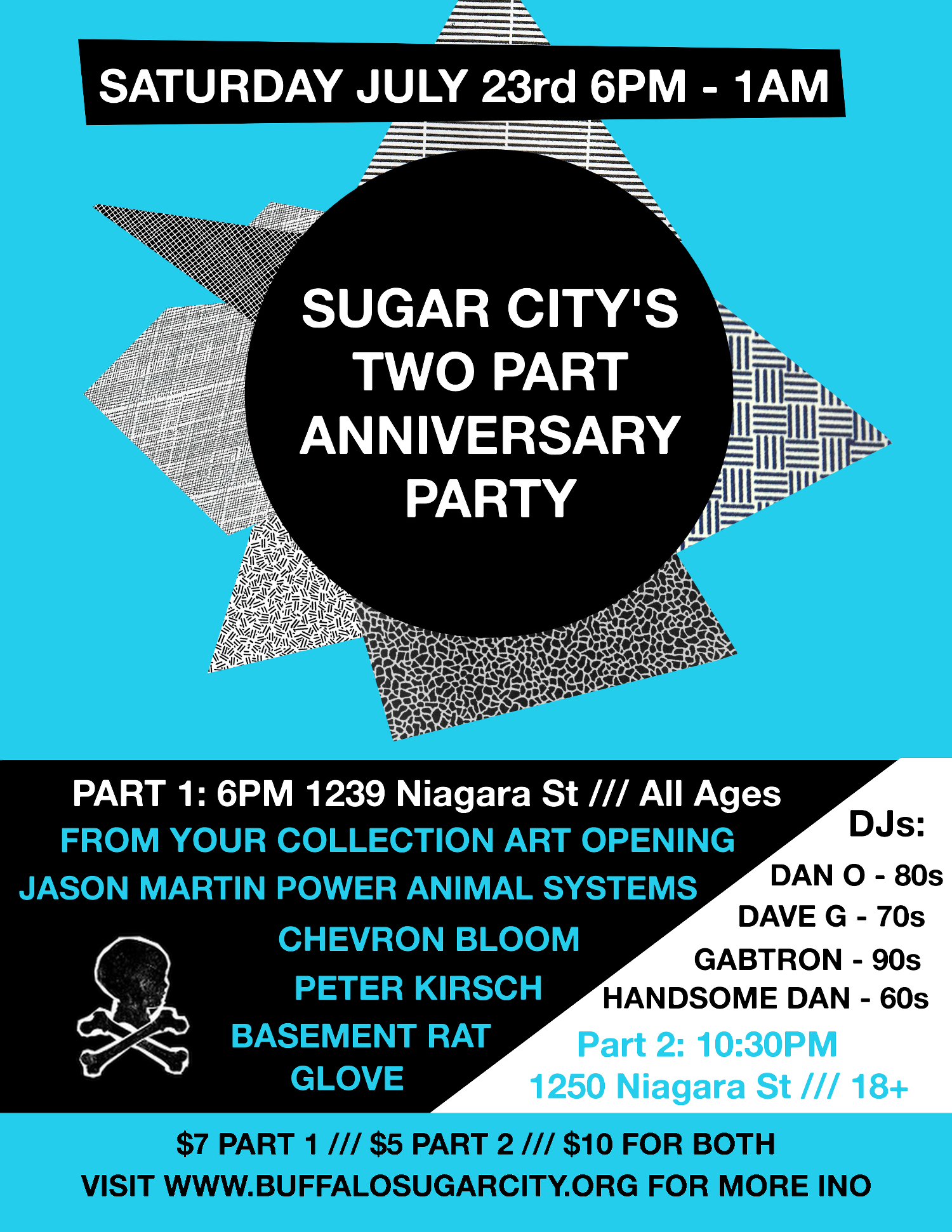 Tonight is the resurrection anniversary of Sugar City . Well, it’s not the ACTUAL anniversary, as the group has been around since 2009, then briefly went into a hiatus while searching for a new headquarters, then started a new headquarters, then ran into some construction setbacks, and then… Point is, Sugar City has called their Niagara St. location their home base for about two years.

Entering their seventh year as a collective, the group has been responsible for bringing some of the best cultural events to Buffalo via art exhibits, concerts, comedy shows, and unique programming, while maintaining a safe and welcoming atmosphere to the public, and it’s time to celebrate.

The celebration is programmed in two parts. Part one is at the Sugar City hideout at 1239 Niagara St. At 6pm, doors open for the gallery. At 7pm, music begins, with performances by Basement Rat, Chevron Bloom, Glove, Jason Martin Power Animal System Methods, Peter Kirsch. $7 cover.

Around 10:15pm, pied piper marching band Brass Pro and the Waterfront Revivalists will lead attendees to a top secret room of Resurgence Brewery across the street for a chronological dance party. Expect DJ sets from Handsome Dan, Dave G., Dan O., and Gabtron. $5 cover. If you are expecting to go to both, you can snag a dual entry ticket for $10 at Sugar City to enter both events.