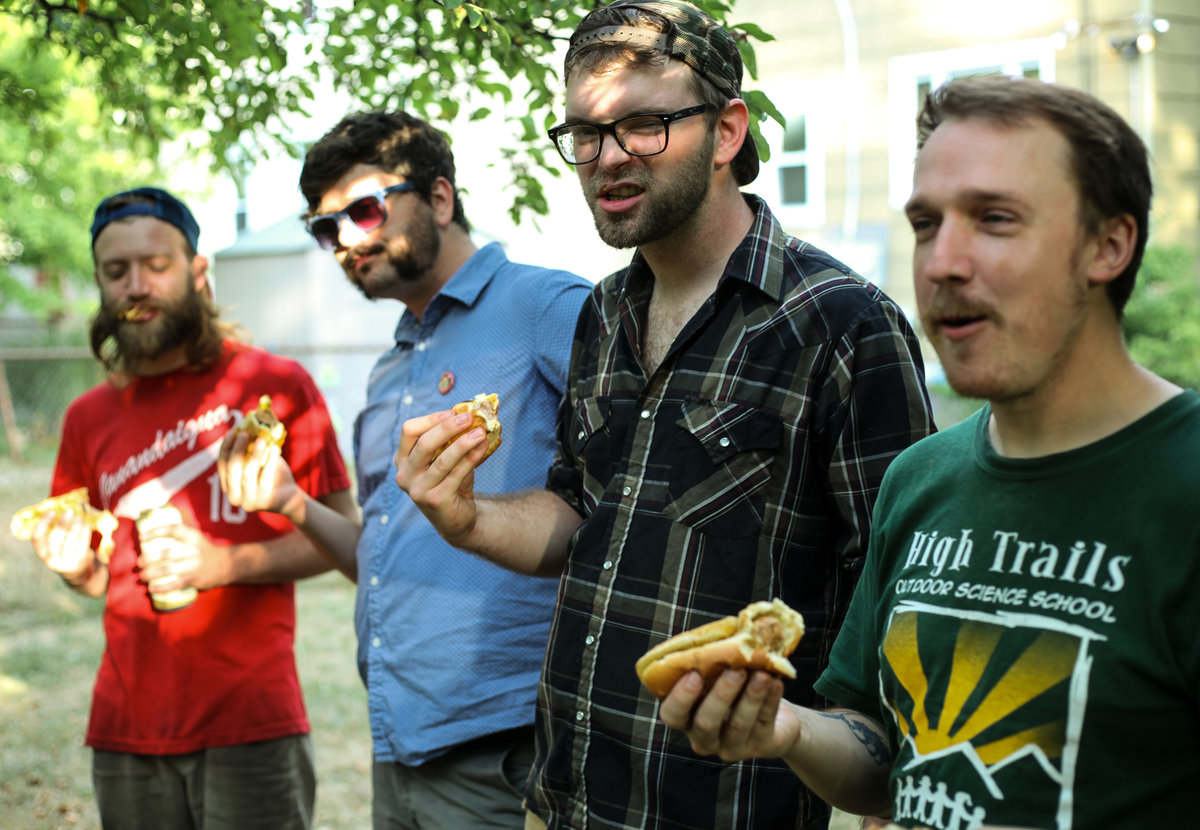 Tonight Buffalo surf punks Slow Cooker celebrate the release of their debut LP Do A Kickflip at Duende at Silo City with an international lineup featuring fellow local punks Science Man  and 2 of London (Ontario)’s finest punk up and comers KLAZO and MANAGER. With Do A Kickflip Slow Cooker (Ian McCrohan, Andy Krzystek, Joe McGrath, Adam Malchof) stretches out their sound to embrace some psychedelia, garage rock, and New Wave while staying true to their school of wanton thrash and scuzzy surf punk.

Science Man aka John (one half of Night Slaves) Toohill will be playing some jams from his recently released eponymous debut, while London Ontario’s KLAZO and MANAGER will be getting everything started with their respective  crushing thrash punk and mind shredding and doom laden noise rock. Big kudos to Duende for trading the laid back, folk vibes they’ve become known for since opening last summer for some straight up punk rock music hosting a lineup of killer hardcore and noise rock bands. Doors are at 7pm and cover is $5-$10 sliding scale.