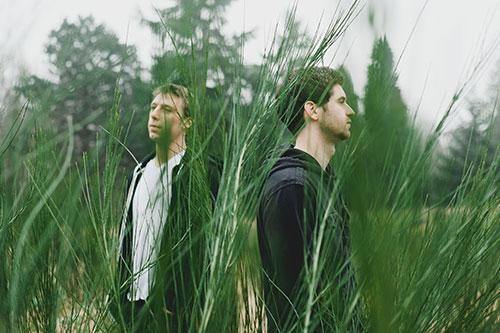 Seattle production duo, Odesza, formed back in 2012 when Western Washington University seniors Harrison Mills and Clayton Knight began collaborating on tracks, eventually releasing the debut album, Summer’s Gone, later that year. Blending elements of chillwave, synthpop, ambient and downtempo, the pair’s lush, atmospheric sounds caught on in the electronic music community, as two tracks from the debut, “How Did I Get Here” and “iPlayYouListen,” reached number one on the Hype Machine popular chart. The following year saw the release of the EP, My Friends Will Never Die, and a booking to open for Pretty Lights on his Fall tour.

Extensive touring and the release of its second album, In Return, has earned Odesza widespread acclaim, appearing at Coachella, Hangout Festival, and Sasquatch Festival. The duo has been on the road in support of the sophomore effort since this past fall and will continue through the summer as the pair continued to develop its sets which combines live instrumentation with triggered samples. The current leg of Odesza’s North American tour includes an appearance tonight at the Rapids Theatre in Niagara Falls with support from London producer Little People. Doors open at 7pm for the all-ages show and tickets can be purchased here for $18.