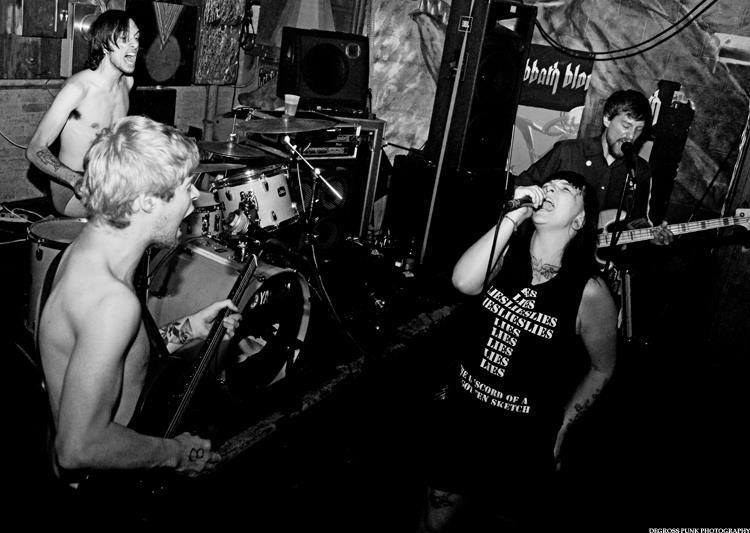 Nothing quite like a perfectly curated bill. Tonight at the Glitterbox: Calgary’s La Luna, supported by Sperm, Hot Tip, Fleshy Mounds and Alpha Hopper.

These bands really are five fingers on one hand, whatever that means. La Luna is about 80 percent brutal assaults, 20 percent breakdowns and breathing room (maybe it’s more of a 90/10 split, 95/5, hard to say). The result: you aren’t necessarily drowning in noise, but you’re definitely getting waterboarded.

That description stands for Sperm as well. I think so, anyway: we’re being treated to a “new lineup, new Sperm,” so it could be light beer and Simon & Garfunkel for all I know. Doubt it, though: their last tape (released in February) is still sitting on my desk and it still grinds with the best of ’em.

Six bucks at the doors for our touring Canadian friends, and if you’re the type of person who only brings five and tries to haggle, you may be scum. Doors at 6, music at 7, see ya there. FB event here.

(P.S. this show marks the third anniversary of the Glitterbox. What’s it mean? I dunno, I wouldn’t expect cake or confetti but showing up on time would make a great gift. Punk time’s dead and the show ends by 10 pm.)