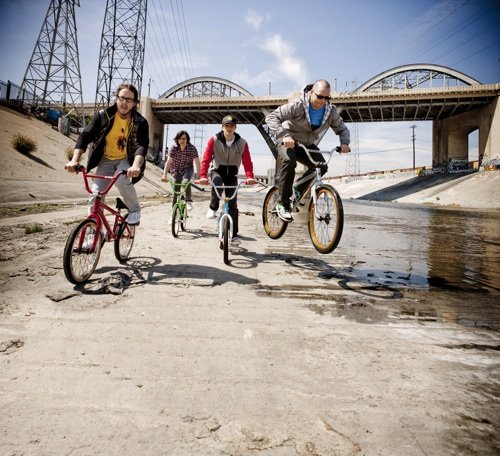 In case you somehow haven’t heard by now, today is the day that Edgefest rolls through town. It’s hard to ignore such a prime opportunity to people watch at one of the most “accessible” shows of the summer… but enough about that. We here at buffaBLOG are here to bring you information about music, so here goes:

Pentimento are the opening act tonight, and for good reason. Often compared to co-headliners Brand New, Pentimento are one of Buffalo’s strongest musical exports now. With a new wave of hardworking bands riding the resurgence of punk and emo, Pentimento are enjoying the benefits that come from several successful tours and the hype from their latest EP Inside the Sea.

The Sheila Divine are an alt-rock band from Boston. They have a philosophy of following something called “the three b’s” – Boston, Buffalo, and Belgium. Having been a cult band here in Buffalo for so long, it’s no surprise the Edge would pick a band like them. Whether you call it a fluke or just love solid alternative music, even though the band’s activities have been sporadic for about a decade, they’ll be playing second tonight.

Brand New might be one of the biggest “underground” bands in the world. I use the word underground lightly – with hundreds of thousands of Facebook likes and four beloved, critically acclaimed albums to their name, the band has been making more and more appearances at festival dates like Edgefest. Expect a passionate performance of “Jesus” with the support of roughly a thousand twenty-somethings singing along.

“Say It Ain’t So,” “Beverly Hills,” and “Buddy Holly,” should ring a bell. The headliner tonight is Weezer, and their 90s-style rock hits are pretty much synonymous with the Edge. You can finally cross Weezer off of your bucket list of bands to see… Maybe one intrepid Buffalonian will even hurl a frisbee at the stage and Rivers Cuomo will catch it in the middle of “Hash Pipe.”