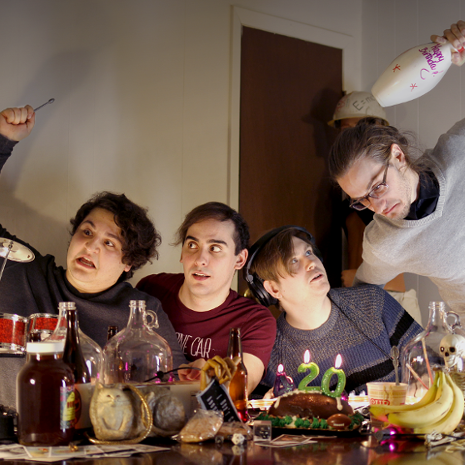 Local alternative acts SMUG and Color Cult will give a warm Buffalo welcome to New Paltz’s Cloud District tonight as the three take the stage at DIY space Sugar City. With a stacked lineup spanning subgenres, tonight’s show is sure to attract a diverse audience of indie music lovers.

The local bands on this bill are ones we know and loveSMUG has been playing around the city ever since they got back from tour in support of 2018’s Gorgeous, a triumphant pop punk record that blends catchy melodies, powerful vocals, and tireless, rhythmic guitars and drums to produce the perfect soundtrack to scream and dance along to. Labelmates Color Cult recently emerged from a rebranding, releasing a new single “Invisible Monster” in June following a name change from The Sofa Kingz. A slight departure from the sound of monikers past, the track keeps the party-ready indie pop charm of The Sofa Kingz alive, but brings a fresh energy that’ll be exciting to see live. Anyone who has heard and enjoyed the single will hope as much as I do that they bring a sax along with them.

Cloud District is on the final leg of their summer tour, in support of their 2018 release Don’t Give Up, Skeleton. According to their social media, the downstate emo group has won the “World’s Best Dad” award, they’re great at ordering pizza, and their influences include a new-and-improved chicken parmesan recipe.

According to Don’t Give Up, Skeleton, they’re pretty good at music, too. With fickle tempos, ethereally distorted guitars, and heartfelt lyrics, Cloud District does what good emo does – elicits a deep nostalgia for moments the listener hasn’t necessarily experienced. Boasting three established bands with vastly different sounds, tonight’s show is bound to hold your attention from start to finish.

$7 cover for this all-ages show. Doors starts at 7pm and will be done by 10pm. Sugar City is a drug- and alcohol-free space – please be respectful!