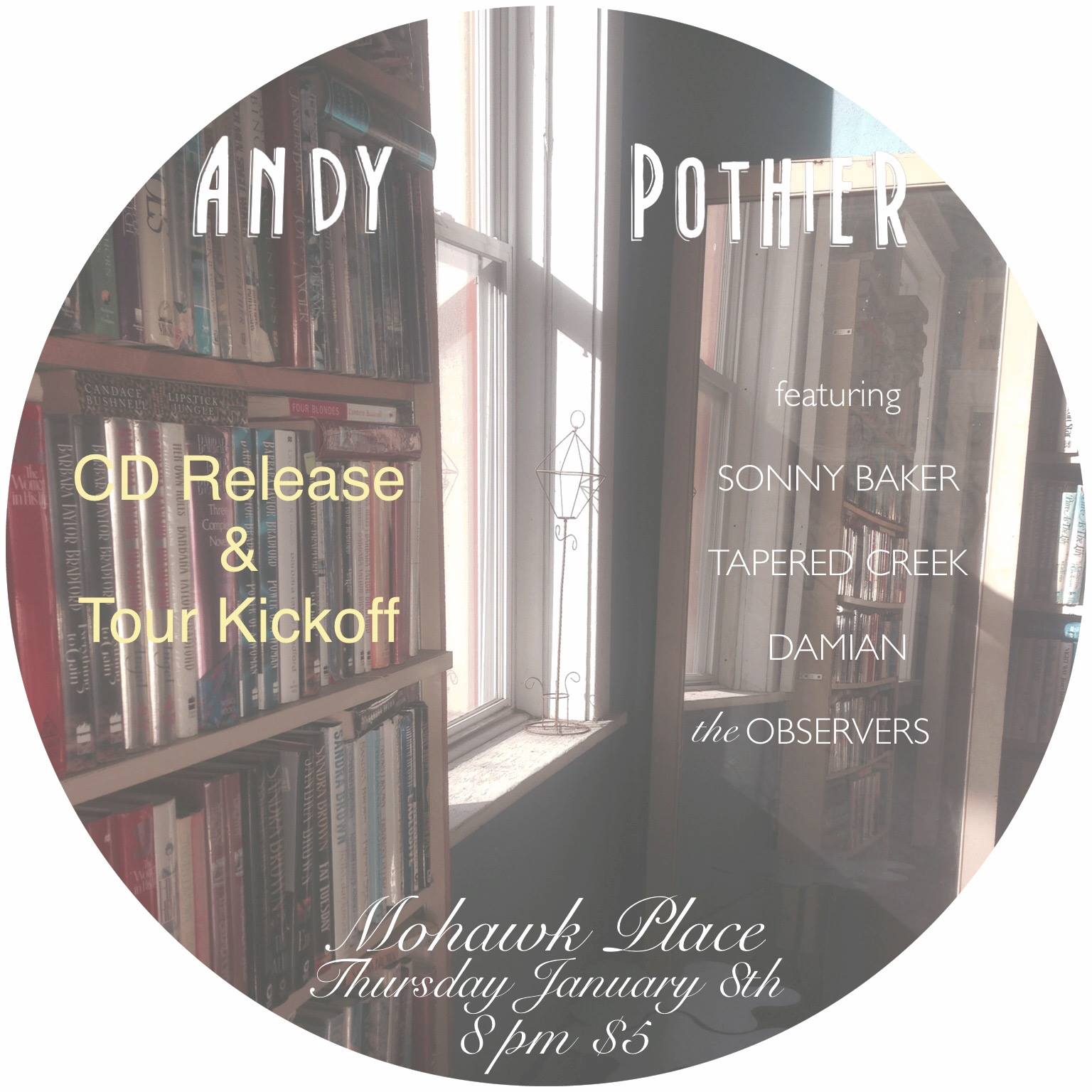 I thought about writing a little blurb describing Andy Pothier, but I think he said it best himself. Referencing his new album, In Headlights, Pothier states, “Some of the records that mean the most to me have very little to them – the goal was something very minimal and subtle and I like to think that with In Headlights it’s in the same vein.” He’s pretty dead on – I’d recommend Andy Pothier to fans of Bright Eyes, Bon Iver, or even Modern Baseball.

He’ll be bolstered tonight by two other solo acts, Sonny Baker and Damian (the latter clinched the top spot on our Best Songs of 2014 list), as well as The Observers and Tapered Creek. This show most definitely has a Mohawk Place vibe – doors are at 8:00pm.