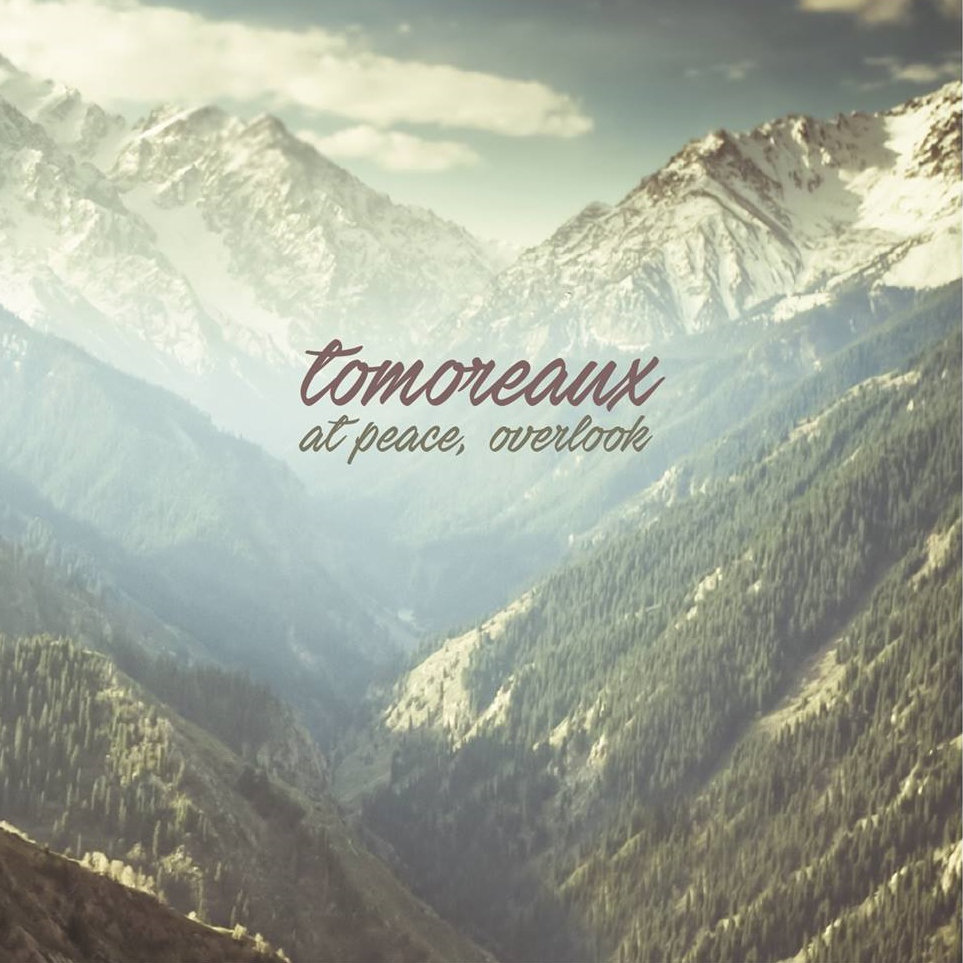 Welcome back, readers! This week marks the return of buffaBLOG’s Album of the Week series—our weekly dose of recommended local music that we find to be worthy of commendation. We here at buffaBLOG have primarily covered Buffalo and Rochester over the past 6 years, and while both music scenes are brimming with talent worthy of mention, this year we will be expanding our coverage to include bands that call home to the farther reaches of the state. So with the new year, and our broadened range of coverage, the Album of the Week slot becomes the best of the best of the best of local music.

With that said, it seems only fitting that the first Album of the Week of 2016 comes at you right from the snowy confines of good ol’ Buffalo. Enter At Peace, Overlook, the debut release from post-rock shoegazers Tomoreaux. The album—though only 8 tracks in length—listens more like 15, each track finding new ways to redefine the term ‘expansive’. Overlook, released earlier this year on Admirable Traits records, is a mostly instrumental offering with songs that seem less like modular sums of parts and more like breathing, evolving entities. Remember Explosions in the Sky? Begin there, add a dash of Animal Collective’s ambient side, a hint of Radiohead’s jazzier, rhythmic side, and a heaping portion of feedback to find yourself right in the territory of At Peace, Overlook.

Songs like album opener “Zion” and lead single “Bennington” capitalize on the sonic swell, both songs beginning with nothing much more than a whisper before evolving into raging walls of sound. The crescendo formula is a staple of contemporary post-rock bands, but Tomoreaux pulls it off admirably with their own spin on things. That spin is particularly evident on “In Plain Air;” the song begins with a keyboard hook that adds distinct chillwave vibes, before gathering momentum to peak at a sonic wall that makes it hard to believe sounds like this come from a three-piece.

The latter half of the album calms things down a bit. “Roads,” one of the more ambient tracks, stakes its claim on brooding ghostly vibes, adding a sharper edge of dynamicity to the already dynamic record. “Constellation” follows with a contemplative, Sigur Ros-esque stroll. The eclecticism of Overlook is especially impressive to witness in a live setting; if you get a chance to check this band out live, do yourself a favor and make it happen.

At Peace, Overlook is picking up a bit of steam already, popular bit-of-everything blog Nerdist named the album one of the best underground albums on Bandcamp, check that out here. And if you’ve managed to sleep on this album until now, remedy that by checking out Tomoreaux’s bandcamp page right here. Streaming, digital downloads, and physical CDs await.