The North Park Theatre to Screen A Hard Day’s Night 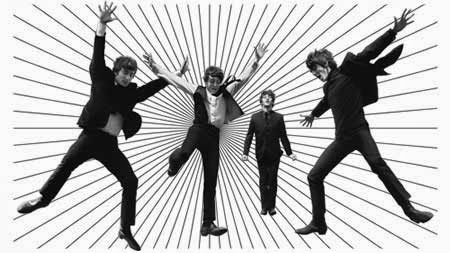 The 1964 classic A Hard Day’s Night has been digitally restored and remastered, and will be gracing the big screen at the also recently restored North Park Theatre, which screened the original when landed here 40 years ago, this week through Thursday. Directed by Richard Lester and featuring some band called The Beatles on the cusp of global domination, A Hard Day’s Night is nothing short of a masterpiece, a celebration, and send up of The Beatles by The Beatles that’s breathlessly entertaining, hilarious, and yes, like it says in the trailer, revolutionary.

Yes, Elvis was a movie star too, but he was Elvis, in movies. A Hard Day’s Night, however, features George, John, Paul, and Ringo in a movie about themselves, a movie explicitly designed to sell their art to a potential worldwide audience, and present and solidify a public image they’d crafted, an example of self commodification that redefined youth culture forever. Their insouciant mocking of the London “smart set” and the adult establishment it represents, and their joyful “us versus them” ethos were a pop culture watershed that bridged the Beat movement of the 50’s with the eventual counterculture of the 60’s. The film also provides an aesthetic and archetype for the visual presentation of popular music that would come into full bloom 20 years later with the advent of MTV and thrives still today in the music videos we all watch on YouTube, and the songs are killer.

It’s also an excellent opportunity to check out the renovated and revamped North Park Theatre on Hertel Avenue if you haven’t already. The trailer for A Hard Day’s Night looked great on their pristine big screen, and it sounded marvelous on their digital sound system, which has gotten a wonderful workout this summer with their Family Matinee series and Italian Film Fest. I’m dying to see a show there (BEACH HOUSE) and I’m a little jealous of the Goo Goo Dolls and Scinta’s Family fans who’ve gotten to see a show at the North Park since it reopened in March, but The Beatles in A Hard Day’s Night will do just fine. If you’ve never seen it, it really is a MUST SEE… especially if you’re a music person, and if you already love it, you know you’ve got to see it on the big screen.

Connect with the North Park Theatre here and here.